Canadian canola producers are among the most efficient when it comes to cost-of-production — with the exception of seed costs— but Canadian growers also receive slightly lower on-farm prices than canola and rapeseed producers in other parts of the world.

“We’re basically leading, together with Ukrainian producers, in cost-of-production,” explains Joerg Zimmermann in the Canola School video below, focusing on where Canada’s canola production ranks globally.

Zimmermann operates Global Ag Advisors, a Manitoba-based farm business advisory firm that works with clients in North America, Europe and Asia. He’s also a member in the Agri Benchmark Network  — a global group of academics and farm advisors — that has tracked canola production benchmarks in Western Canada, Western and Eastern Europe, as well as Australia over the last three years.

“(Canadian growers) are leaders in operational costs, meaning we are using our equipment and labour very efficiently,” says Zimmermann.

“The seed-to-chemical ratio in Canada would be about 3.5 to 1, whereas in Europe it would be closer to 1.1 to 1. So one thing we could really focus on here, and which farmers are already doing, is saving on seed. I don’t mean compromising from an agronomic point of view, but having more precise seeders,” says Zimmermann. 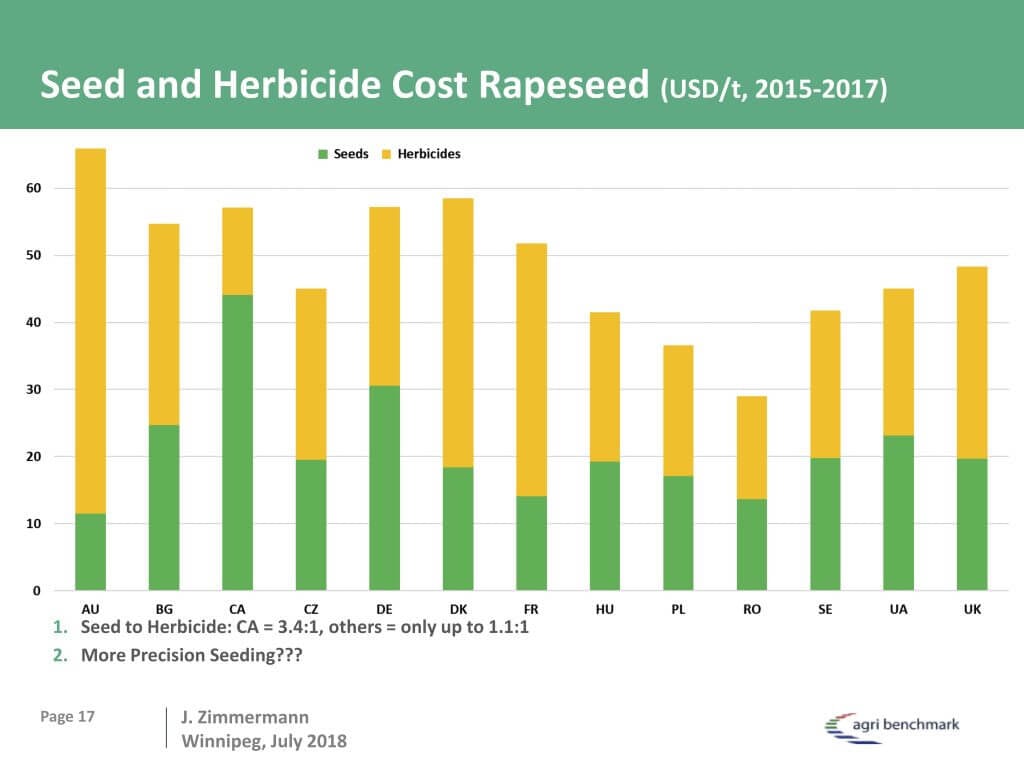 On the revenue side, prices paid to farmers in Canada are generally weaker than prices received by producers in Europe and Australia.

Yields in Canada are also lower than in Europe, where most of the production is in the form of winter rapeseed. 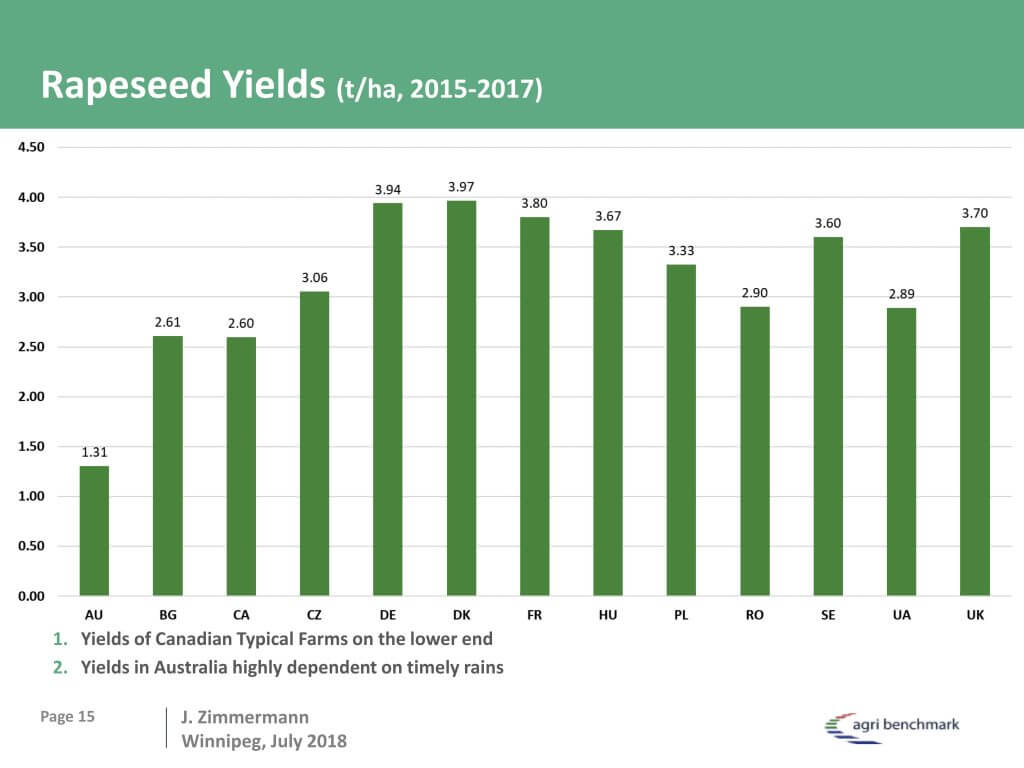 Looking to the future, Zimmermann points to untapped potential for canola production in the Western Siberian Steppes in Russia — a region that has very similar climate to Western Canada.

“The areas in Western Siberia are not really being talked about yet. So far they are heavy in cereal production, but they are shifting to other crops as well,” he notes.

Given Canada’s geographic transportation disadvantage, Canadian canola producers should focus on maintaining their management advantage — being quick to react to changes in market demands, says Zimmermann.

“There’s a big difference between the farm structure in Russia and Kazakhstan to here. Here in Canada we’re mainly family farm operations, and our strategic advantage is that we have very flexible management. We can decide in the morning if we want to do that foliar application and we do it in the afternoon or evening, but the Russian and Ukrainian producers, their management is not so easy because they’re structured very hierarchically,” he explains.

“Management, in the end, is the only long-term competitive advantage.”