In mid September, the federal government announced the list of prescribed regions eligible for drought-related livestock tax deferral. The break was welcomed, however ranchers and producer groups criticized the government’s approach, saying it left out too many drought-affected producers.

Announced October 31st, the federal government says it is taking steps to answer some of that criticism by expanding the areas included in the program. Producers only in prescribed areas of Alberta, Saskatchewan, Manitoba, Quebec, and New Brunswick are eligible for the tax deferral.

For those short on feed, the program allows producers to sell breeding stock this year without having to pay tax on the proceeds when they file. The tax is deferred – not forgiven – so if they repurchase breeding stock when feed levels return to normal, they do not have to remit the tax. If producers do not replenish the herd the following year then the tax is due and payable.

This allows farmers and ranchers to make the best business decision for their operations without being unnecessarily penalized by the tax code, the government says.

The news will no doubt be welcomed by cattle producers, but it is too early to say if it covers all affected parties.

Are you in a prescribed area? Find out here. 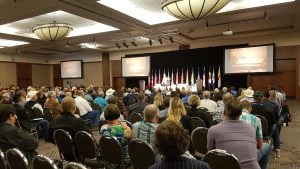 Dairy Feed Refusals — Waste or the Cost of Doing Business?

MYFB — Ep. 6: Incorporating the Farm for Today’s Benefit and for the Long Term