Reports last week that Kingston’s Canada Royal Milk plant, owned by Chinese company Feihe International, might be in jeopardy following the signing of USMCA, were alarming and confusing, says the head of Kingtson’s economic development corporation.

Gillespie says the construction of the facility is proceeding on schedule, with the majority of job postings to roll out early in the new year.

While waiting for a formal interview with Fiehe International, a contact could say that management and supervisory positions for the plant were planned to be posted for later this month.

It’s reported that the plant is expected to begin production in 2019 using cow’s milk only, which is where exports of formula may run afoul of USMCA tariff-free limits. If the plant shifts to goat’s milk, as planned over the first five years, the plant would require more than double all of the goat’s milk produced in Ontario alone.

Dairy goat producers hoping to scale up to ship to the plant have voiced frustration over the lack of transparency on eventual milk pricing and contract details. 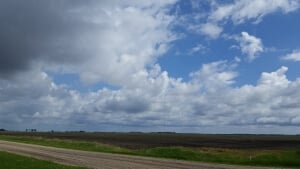 Oil and gas sector gets $1.6 billion boost from federal government

Monsanto “Confident” Dicamba-Tolerant Soybeans Will Be Introduced in 2016