Left on the Desk is back this week, bringing you content that caught my attention, but didn’t make it on to the site. This week, I was on vacation visiting family in the UK, but the world waits for no one, so let’s get ready for the info, tidbits, and scattering of information that was left on the desk.

Since I am in the UK this week, we might as well start with some news from across the pond. Besides, you’re probably exhausted from reading about cannabis all week.

The three letters that cattle farmers are terrified to hear are B-S-E.  This week in Scotland there was a case found in a five-year old cow that did not enter the food chain. It’s the first case in the UK since 2015 and it has created the usual “it shows the system works” and the alternative “factory farms are threatening food safety” narratives.

In the UK, news channels are dominated by BREXIT talks between Europe and the UK. The talks have reached the final steps, but there’s still so much controversy and questions about the future — economically, politically and culturally. British Prime Minister Theresa May is in the middle of the talks and faces decisions that will have significant impacts on the UK for generations. It seems like the BBC has a new web story on BREXIT every hour so here is the feed so you can keep yourself updated. 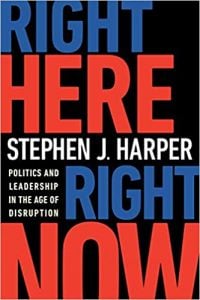 Besides the accusation that Russian hackers pushed the BREXIT vote, populism is the other driver of the BREXIT decision. Former Canadian Prime Minister Stephen Harper has released a new book entitled, Right Here Right Now. It focuses on the impact of populism form several angles and how the movement should not be ignored by conservatives or liberals. I have just started it and look forward to getting more of his thoughts to expand on what I heard at Farmtech last January.

Farmers are one group potentially most impacted by the separation that is tied to loss of subsidies in BREXIT. The below chart is from a fascinating article on FT.com, saying that BREXIT could play out in several different ways for UK farmers depending on the type of separation and the free trade deals struck post BREXIT.

The U.S. announced the UK and the EU are on its list of free trade deals that it intends on pursuing in the near future. As Canadian farmers already know, free trade into the UK and EU is a challenge at times for agricultural goods, such as beef.  At the same time British beef farmers see opportunity in gaining more access to the “lucrative” Canadian market.

The FT.com chart above does also provide a clear picture that the quest of the U.S. to remove all subsidies is a tall order based on the percentage of income it fulfills.

There is no bigger fight than when families battle it out over money in a business. We know this so well in agriculture. Money can really blur the meaning of family in the best and worst of times. We have farms being divided or sold across North America because families cannot find a reasonable amicable solution. A Florida ranch is in the middle of a $520 million lawsuit filed by Frank Stronach, founder of Magna, against his daughter, former Member of Parliament Belinda Stronach.  Among other things, the senior Stronach alleges that his daughter has under-funded the Florida ranch that raises organic beef. Stronach is pretty passionate about his organic beef ranch even though he is reportedly a vegetarian.

A battle that involves money that dwarfs the Stronach feud is what happened last week at the Saudi consulate in Turkey, and the resulting death of Washington Post journalist, Jamal Khashoggi. U.S. President Donald Trump has fallen under criticism for his soft approach in handling the issue, Davos in the Desert is being boycotted by media and confirmed attendees. There is a lot at stake for Saudi Arabia in their defence of what exactly happened. President Trump has said that the 100 billion in Saudi defence contracts would impact American workers and families if cancelled.

Canada was in the crosshairs of the Saudi’s back in August when foreign affairs minister Chrystia Freeland tweeted:

Very alarmed to learn that Samar Badawi, Raif Badawi’s sister, has been imprisoned in Saudi Arabia. Canada stands together with the Badawi family in this difficult time, and we continue to strongly call for the release of both Raif and Samar Badawi.

Don’t forget that this tweet led to a series of Saudi actions against Canada, one of which impacted Canadian wheat imports.

Regardless of who is responsible for the death of Jamal Khashoggi, the death of a journalist in this manner, under these circumstance is very concerning to all that support a free press. As an ag journalist this is unreal as we are never in circumstances that warrant us fearing for our lives or that death is possible in covering a story or giving an opinion.

As we end off the week, new data suggests that China’s economy continues to slow in the face of a trade war with the U.S. The White House will take this as an indication that they are winning while the relationship between the two countries appears to be chilling even further.  The Economist has deemed this period, the “End of Engagement“, and discusses the possible fall out from that.

The U.S. economy is running full steam ahead, but the battle between the White House and the Federal Reserve over rate increases will be very important to watch. President Trump is being critical of the fed publicly, but this week on CNBC, Greenspan admitted that he received direct thoughts from the White House, “all the time.”  According to the Wall Street Journal, “part of the slowdown is due to Beijing’s initiative of the past two years to contain debt and fend off financial risks. Even though the country started to loosen its control on credit in recent months, easing measures so far have failed to rejuvenate fixed-asset investment.”

Some of this concern is President Trump keeping score with the stock market but also the fact the U.S. deficit has increased 17% in 2018 as tax cuts did not cover the drop in revenue. Canadians are watching interest rate increases equally as much as more rate hikes are expected domestically, as well.

While I was in the UK this week I walked by the Corn and Produce Exchange in Manchester which was a major hub of commodity trading prior to World War II. After the war the exchange faced low liquidity and eventually closed down. Like many old buildings in Manchester’s downtown, there are now restaurants, pubs, and shops at the site.

Like many of the pre-electronic trading exchanges, it would have been so cool to see them at their height with all of the noise, hustle and bustle.

One of the highlights of my trip this week was a tour of the BBC in Manchester.  It was immensely interesting to get behind the scenes and see how a global news organization functions and operates to keep people informed around the world.

Here are some pictures that share some of what I saw first-hand.

Maybe one day the RealAg studios will look like that.  (Editor’s note: They will not.)

Have a great weekend, and I look forward to being back in the swing of things next week. We have harvest to finish, a fall cattle run to complete, and the launch of winter meeting season. Cheers to everyone and have a great weekend!

Left on the desk, Sept 7: Grumpy Germans, Chinese frustration, and interest in Argentina