Moving forward with its plan of having all sows in an open housing system, Maple Leaf Foods confirms as of now, 40,000 sows, or roughly 50 per cent of the herd, have moved over to the new system.

When fully complete, Maple Leaf will become the first large-scale producer to have all of its female herd in an open setting in North America. The construction of the 31 converted barns is pegged at a total of approximately $55 million.

According to the company, others in the hog industry confine pregnant sows during pregnancy. By having the open stalls, Maple Leaf says it allows sows to move freely throughout their pregnancy, so they  are able to feed and socialize with other animals.

The research, design, and implementation, of these open barn concepts has been in the works for the past 10 years, which also includes an observation barn located in Manitoba where consumers can view all aspects of the open housing.

The company hopes it will have 100 per cent of its sows moved to the open housing system by the end of 2024. 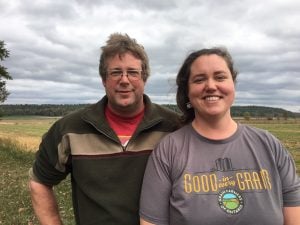 Knowing your soil and accepting your climatic challenges for what they are is key to choosing the right crops, cover crops, and soil amendments that will perform best. That said, sometimes it takes a major event to push for significant changes to the current status quo. Jenn Doelman farms at Douglas, Ont., and is a…Read more »

University of Guelph to Potentially Close Kemptville and Alfred Campuses

USDA Finds Little, if any, Economic Benefit From COOL