What a week in Wisconsin.

When I arrived at the annual World Dairy Expo in Madison, Wisconsin, early last week, farmers across the U.S. were still trying to understand the potential impact that the United States-Mexico-Canada Agreement (USMCA) could have on their farms.

Early television reports featured emotional farmers sharing tearful thanks for a new North American trade deal that could save their farm. Many of the comments reflected a sense of desperation Wisconsin dairy farmers experience every day. Since January 2016, more than 1,400 dairy farmers in the state have sold their herds; since 2010 almost 5,000 farms have exited the industry leaving just over 8,000 producers to soldier on.

The problem is two-fold: there’s too much milk and farmers are just not getting enough for it. Producers last saw milk prices in the US$20 per hundredweight in 2014. After four years of prices that averaged $16 to $17, weary farmers were hopeful that USMCA would change the tide.

As my time in Wisconsin passed, however, the reality of USMCA was beginning to hit home for farmers like Alan Sigurdsen who milks 250 cows with his family at Barron, Wisconsin. “I’m not real sure that it’s as important as they want us to believe it is,” Sigurdsen told me as we discussed the future of his farm. Early in the week, he was encouraged to hear that the U.S. had won access to 3.59 percent of the Canadian market through USMCA, as well as an end of Canada’s Class 6 and 7 milk pricing.

Sigurdsen’s enthusiasm for the new trade deal then waned after hearing dairy policy analysts such as University of Wisconsin-Madison’s Mark Stephenson describe the financial returns to U.S. producers as “pennies and nickels.”

“That’s not going to help us at the moment. It’s going to take… dollars,” says Sigurdsen.

During the week, I sensed that more and more U.S. dairy farmers were realizing that USMCA access and concessions are not the answer to their problems. Expanding milk production “is not getting it done,” says Sigurdsen who commends Canadian farmers for defending their supply management system. “I’m a capitalist, I’m a free market guy, but I also believe the dairy industry is different than many sectors… we can’t put our milk in a bulk tank for a month or two months at a time.”

Like many farmers, Sigurdsen wonders what the future holds for his family farm. He has a daughter and son interested in continuing the business, but he struggles to find a path forward.  He says “supply management or maybe a milk reduction, whatever you want to call it,” may be the answer.

It’s a conclusion many more U.S. dairy farmers may come to as they realize USMCA is not the saviour they had hoped for. 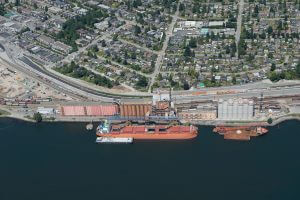 To the relief of farmers, China and the U.S. have agreed and signed Phase One of a "multi-phase" trade deal. It remains to be seen whether this is a truce, a pause, or an easing of tensions, but farmers are encouraged. The Phase One deal is being met with high amounts of bipartisan criticism due…Read more »

Preventing lameness in your dairy herd