Improvement of soil moisture conditions were not widespread as some would like it to be, but the good news is there was increased precipitation for much of Western Canada, according to the latest report via the Canadian Drought Monitor.

Looking at the latest report (see below), producers will see a big change in southern Saskatchewan and southeastern Alberta.

Last year at this time, southeastern Saskatchewan had exceptional and extreme drought conditions whereas this year, the monitor  shows moderate and abnormally dry conditions as of the end of November. However, much of central Saskatchewan continues under severe drought.

In Alberta, areas were downgraded from having extreme and severe drought conditions to still some spots of severe drought, many areas are listed as under mainly moderate and abnormally dry conditions. Despite the improvements, dugouts and other natural water sources will require normal snowfall and runoff to replenish the resource this winter. According to the report, livestock feed shortages also challenged producers in the region as a lingering impact of this summer’s drought.

Looking at the map above, Manitoba had an increase of moderate drought conditions; however, there was a drop in areas that were normally dry.

Moving eastward, conditions in central Canada remained relatively unchanged at the time of the report, as increased precipitation brought some relief to southern Quebec, though not enough to change the long-term conditions. 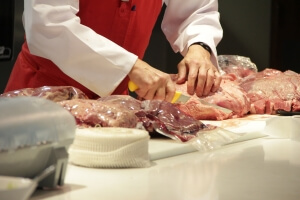 Ontario meat processors and farmers have the opportunity to apply for funding under two new program intakes of the Canadian Agricultural Partnership. The Meat Processors Capacity Improvement Initiative is an up to $4 million program that will provide up to $150,000 per project for improvements to product handling and processing equipment. It will also cover…Read more »

Weather trends point to continued drought concern for the Prairies

Soybean School: What We Learned in 2016