Farmers are known for taking time off farming to go and talk about farming, learn about farming, and tour other farms. You likely also know a farmer who, in their downtime, play farming. We’re not talking about the Farming Game board game (though it is a stellar one), we mean Farming Simulator, put out by GIANTS Software. 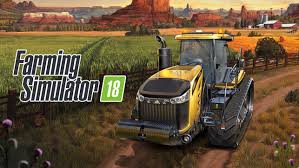 And guess what? If you’re really good, you can now go head to head for thousands of dollars in prizes through the Farming Simulator eSports league!

Announced this week, GIANTS Software is launching a full-fledged eSports league with 10 tournaments across Europe where teams will compete to be the Farming Simulator Champion and win about $150,000 in prizes (it’s all in Euros, so you do the exchange). The total prize pool for season will top $375,000.

The tournaments will run on Farming Simulator 19 and move to a 3 vs 3 mode where teams challenge each other to determine who is the best on the field.

Get those thumbs ready!

Ross stepping down from Agriculture in the Classroom-Canada