A collection of 110 soil monoliths dating back to the 1950s was recently donated by Agriculture and Agri-Food Canada (AAFC) to Lethbridge College. The donation, said to be worth more than $240,000, will be used as a resource and teaching tool by the college.

The history behind the collection is quite mysterious, according to Dr. Francois Eudes, Alberta director of research, development and technology for AAFC.

“We know the collection was complete by roughly 1965, so it was probably made in the ‘50s and early ‘60s,” he says. “We tried to reach out to our retirees and question them to see if they had any knowledge about who collected these, but we couldn’t really find out whether it was a group of people or one individual in charge of creating this collection.”

Dr. Jim Miller, research scientist for AAFC, says the origin and person or people responsible for the collection may remain a mystery as one of Western Canada’s leading soil scientists with a long-time presence at the Lethbridge research centre, Dr. Johan Dormaar, died in 2011.

“If John was here, he might have known the answers … unfortunately, we might never know,” says Miller.

According to Ken Perl, a long-time Lethbridge College environmental sciences instructor, Dormaar became kind of the curator behind the soil collection, noting that every time someone wanted to view them or get any information Dormaar was the “go-to guy.”

According to a news release, the soil samples are largely from southern Alberta, but also include soils from elsewhere in Alberta, Saskatchewan, B.C. and the Yukon. The vertical cross-sections, about one-metre long contain eight out of the 10 orders of soil identified in the current Canadian System of Soil Classification. They were previously available at AAFC’s Lethbridge Research and Development Centre.

“This is an invaluable resource that allows our instructors to showcase their expertise and allows our students to learn using a tool not available at most other post-secondary institutions,” says Dr. Paula Burns, Lethbridge College president and CEO. “It was a long process to complete this transfer and it wouldn’t have happened without the passion and dedication of both our faculty members and scientists at Agriculture and Agri-Food Canada who believed in the college as a home for this collection.”

The collection is on display on the third floor of the college’s Cousins Building, just outside of the soils lab. Instructors have already used the soils as a resource during classes. They also plan to continue researching the history of the monoliths and to build up the history behind them in online and digital formats, the college says. 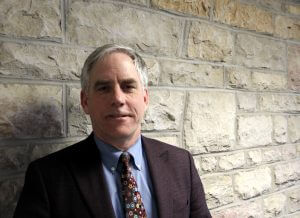 Canadian farmers and exporters have been frustrated by a year-long major trade disruption with one of Canada's largest canola markets — China. It is a continuously evolving situation, says Jim Everson, president of the Canola Council of Canada (CCC). "There is still a blockage in terms of seed shipments from the two largest exporters — Viterra and…Read more »