Passionate about learning and teaching, Brian Tischler is no stranger to the agriculture tech world and farming.

Just last year he was successful in building his own autonomous tractor. He continues to be an advocate for the autonomous, open-source tech world, and during his talk at CropConnect this year it’s no surprise the room was filled up, with even standing room at a premium.

Tischler shared his trials and tribulations with the crowd, and, as he tells RealAgriculture’s field editor, Dale Leftwich, it’s been a learning curve since he built the AgraBot.

“The more problems or challenges you seem to resolve, the more that seem to creep up,” he says. “We should never discount how important and how integral a farmer is to that piece of equipment,” Tischler says, pointing out that he’s now trying to work out the variable kinks that could come up without notice, such as a part falling off, or rain overnight that could get the tractor stuck.

Listen to RealAgriculture’s Dale Leftwich speak with Brian Tischler at CropConnect 2019 below. 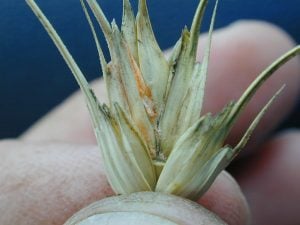 How the Other Half Farms — Travel As a Management Tool