Speakers from all over the country and the world are brought to FarmTech, and for one of this year’s keynote speakers, they didn’t have to go far to find someone great to talk about politics. Tasha Kheiriddin, a Global News Radio host and political pundit from Toronto, Ont., says she was quite impressed with what she saw at the show held at Edmonton, Alta. She joined RealAgRadio host Shaun Haney to talk all things political, including the carbon tax, immigration, and how the party leaders are doing. They managed to talk a bit about the upcoming federal election, too.

The pair began by looking at what the issues should be for the upcoming federal election and what they would be – which is not necessarily the same thing. One would hope trade would be front and centre, but Kheiriddin doesn’t think it will be. “Trade is a big top-line issue – huge concern to the agriculture industry, and to the whole country frankly – it’s not going to be the ballot question,” she says. 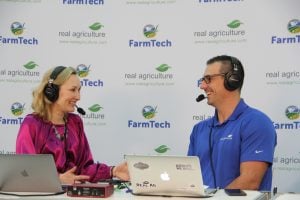 So what will be front and centre? “The ballot questions, I think, are going to be carbon tax … and immigration, which is something that is a lightning rod issue, it is very emotional and something that I think the government has kind of neglected,” Kheiriddin says.

“The carbon tax is a litmus test for what you believe too, in terms of defining Canada. It’s not just, you know, another tax. It’s the concept of the government … being the solution to a problem, and is it right to take money from people to do that.” 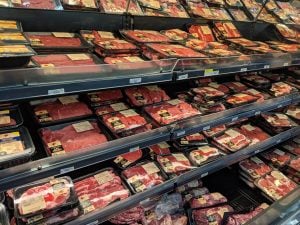 It's been an eventful start for the new president of the Canadian Cattlemen's Association (CCA), as Bob Lowe, a rancher from southern Alberta, was elected to lead the national cattle producer group earlier this month. Lowe, who takes over from David Haywood-Farmer, joined us on RealAg Radio on Rural Radio 147 last week to discuss…Read more »

Farm At Hand Founders Moving On

Taking Stock of Hay and Feed Markets Heading into 2016

Show Your Love for Your Family by Visting the Man Van