Remember when Goose dies in Top Gun? Of course you do. Maverick and Goose were following Iceman as his wingman and got caught in the jet wash, ultimately spinning out to sea and then ejecting from the aircraft but meeting an untimely end.

To bring the analogy home, Canada is closely following the U.S., in so many political and trade matters, as a steadfast wingman.

Unfortunately for the canola industry, Canada’s jet is spinning out to sea without the ability to correct its course. If Canada ejects from the jet we may find ourselves shooting into the cockpit hood and killing our overall economy at the same time.

One of the most latched on to U.S. President Trump quotes has been when he famously said:

“TRADE WARS ARE EASY TO WIN.”

Never short of confidence in his own negotiating ability, President Trump’s assertion that somehow trade wars are easy to win has been very clearly exposed by recent data summarized by the American Farm Bureau. 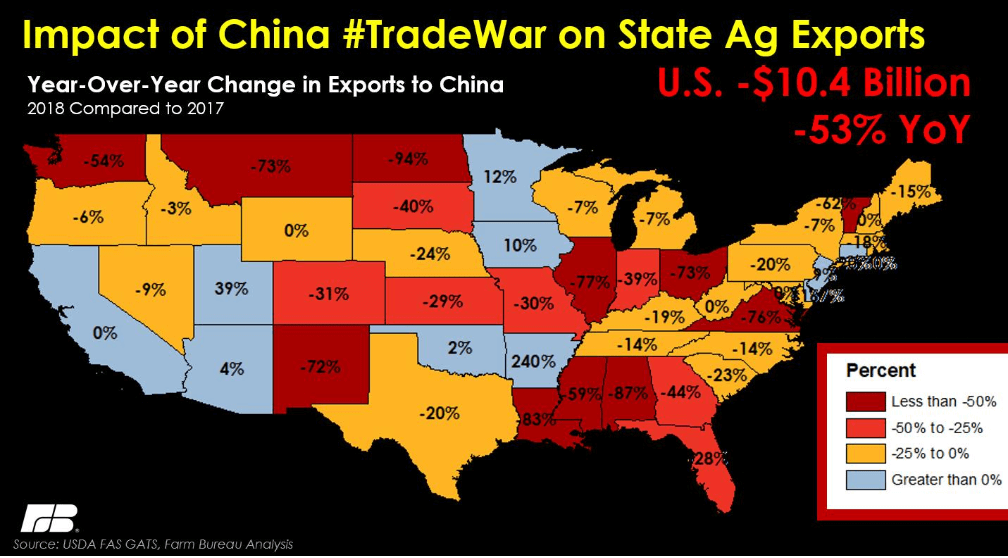 They never have been.

This trade war does not stop with lower U.S. soybean exports, either.

Because of the president’s unconventional tactics, which included a coincidental extradition arrest of the Huawei CFO…Canada, the U.S.’s greatest ally, faces the realities of two Canadians detained in China, frustrated canola shipments, the political targeting of one of Canada’s most prominent grain companies, and no assurances that the Chinese retaliation stops there. Canadian beef and pork producers should also be very aware of the risks.

Canadians should be concerned that President Trump does not understand or care about the collateral damage to his most trusted ally — Canada.

The reality is that Canada has its wagon hooked to the only engine that can make the changes in China that North America desires.

It’s my opinion that Canada’s canola situation is politically based. Having said that… there are many unknowns, such as why the “hazardous pests” found in Canadian grain shipments hasn’t been made public, and why other grain companies are being hush hush on if or when they were notified of issues.

As Maverick learned in Top Gun, you never leave your wingman no matter the risk it puts you in.

One thought on “Canada remains a steadfast wingman — but at what cost?”