Statistics Canada has released its livestock estimates as of January, and although sheep numbers are on the rise it’s a bit of a different story for cattle and hogs. Comparing January 2019 to last year, it was the first year-over-year decrease for hog inventories since January 2013. Although there is small increase for cattle, inventories overall have been on the decline since January 2005.

As of the first of January, Canadian farmers had 11.5 million cattle on farm, down 1.1 per cent from January of last year. Inventories were 23.3 per cent below their peak level in January 2005 — this is roughly the same time BSE finished its course in Alberta.

According to Statistics Canada, cattle producers retained less breeding stock last year, as the number of beef heifers held for breeding on Canadian farms was down 1.4 per cent to 553,800 head compared with the same date a year earlier. The number of beef cows decreased 1 per cent to 3.7 million head.

More than 72,000 farms reported inventories of cattle and calves, down 1.6 per cent from January last year compared to this year, which is 3.1 per cent lower compared with the same date in 2017.

A decrease of 1 per cent occurred last month for hog producers who reported 14 million hogs. That attributes to the first year-over-year decrease in six years.

Canadian farmers held 842,300 sheep and lambs at the beginning of January which is up 2 per cent compared with the same date in 2018. It’s the second consecutive year-over-year increase.

Statistic Canada says that international exports of sheep decreased by 800 head in the second half of 2018, down 33.3 per cent from the same period in 2017. 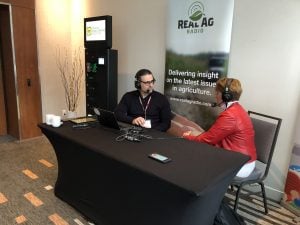 Over $6 million in federal funding announced for Canadian pork industry