Prime Minister Justin Trudeau has had to make some changes to cabinet, following the resignation of Jody Wilson-Raybould (and subsequent testimony regarding the SNC-Lavalin controversy) from the Veterans Affairs post.

Now former Agriculture and Agri-Food Minister Lawrence MacAulay has been moved to Veteran Affairs, while Marie-Claude Bibeau, Minister of International Development and La Francophonie was shuffled to the agriculture position.

Bibeau is the first female ever to serve as the federal minister of agriculture.

“It’s a huge privilege, I come from a rural riding, a dairy riding actually from south of Quebec, so i’m already very close to the agricultural producers in Quebec,” Bibeau says as she spoke with media outside of parliament. “I know quite a bit about supply management, and really look forward to work with agriculture producers on various issues.”

Bibeau has been a Member of Parliament since 2015, representing the riding of Compton—Stanstead, the rural area surrounding Sherbrooke, Quebec. Before entering politics Bibeau was with the Canadian International Development Agency.

Canadians head to the polls for a federal election this October.

This story will be updated as more information becomes available. 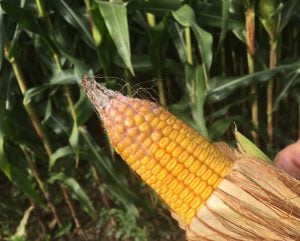 WGRF Renews Funding for U of A Wheat Breeding

One thought on “MacAulay out as ag minister; Marie-Claude Bibeau steps in”