The WSA says there was an above normal snowfall last month which has increased the runoff potential for most areas. However, snowpack is now near normal over many areas of southern Saskatchewan, and dry conditions that were present in the summer and fall of 2018 will lower the runoff potential. 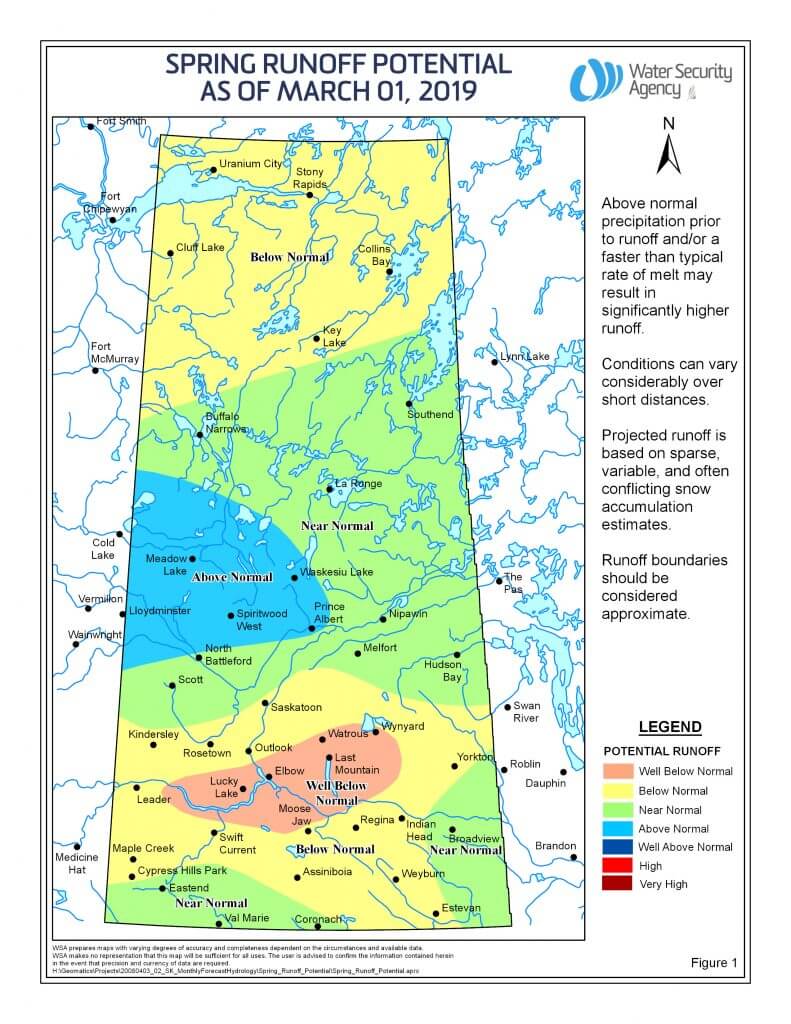 In the upper end of Lake Diefenbaker, east toward Leross, well below normal snowmelt runoff is expected. According to the WSA, that area was quite dry last year and with the snowpack currently below normal, some agricultural water supply issues could be present within the area this year if conditions do not improve.

The WSA says runoff potential could change as there is potentially six weeks of winter weather remaining. That being said, based on current conditions, well above normal snowfall would be required in March to give rise to flooding concerns over most of the province.

On the bright side, water supplies from the province’s major reservoirs are expected to be adequate for this year. Next month the WSA will issue another forecast if runoff is not yet underway.