Look for poultry producers to flock to Stratford, Ont., on November 4 and 5, 2020, for the newly-minted Canadian Poultry XPO.

The new poultry industry tradeshow was announced today at the opening of the 2019 Canadian Dairy XPO by show founders Jordon and Donna Underhill, who will now bring the dairy showcase model to the poultry business under their ROI Event Management banner.

“When you look across the Canadian poultry industry there isn’t a national event that brings producers together from every province and exposes them to the latest innovations from around the world,” says Jordon Underhill who will also incorporate hospitality and networking components from the now seven-year-old dairy tradeshow. 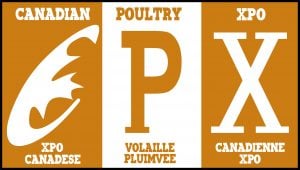 The Canadian Poultry XPO will cater to the poultry industry but there will be strong ties to dairy. “It will obviously be built for existing poultry producers, but also new entrants,” says Underhill. Many of those new entrants have a dairy connection.

“We’ve identified a significant crossover between poultry and dairy in our surveys for the Dairy XPO — 18 percent of the producers coming to the Dairy XPO have poultry quota, and 42 percent are interested in poultry production,” says Underhill. “So, whether it’s spreading risk or part of a succession plan, there’s a nice crossover. When you talk to the poultry industry they’ll tell you that dairy producers also make great poultry producers,” he adds.

To launch the show, Underhill was joined by a host of poultry industry stakeholders and dignitaries, including Canadian senator Rob Black and Stratford mayor Dan Mathieson. He’s confident the new show will attract poultry technology and innovation exhibitors from across the country and around the world.

“From an international perspective, they understand the supply management system in Canada. They understand that it’s a smaller market, but it’s a sustainable market, and a profitable market — our producers can afford innovation if they feel it fits their operation,” says Underhill. “I think the industry has been waiting for Canada to do something like this and have an actual Canadian or national event,” he adds.

No live birds will be featured at the show. The Poultry Coliseum will focus on innovation, including automated equipment and robotics. Producers familiar with the Dairy XPO will see a similar approach when it comes to the expert seminars and producer discussion panels as the popular dairy classroom is transformed into the poultry classroom.

From a timing perspective, November was an obvious choice. “We’ll have the Dairy XPO running pre-planting and the Poultry XPO running post-harvest,” says Underhill. He’ll be looking to attract Canada’s 4,000 poultry producers as well as dairy farmers to the new show.

GeoPard and MyJohnDeere collaborate on data upload and analysis