The Province of Manitoba recently announced its recipients of the newly created Conservation Trust. Among those awarded part of the $2.2 million trust, were partners of the Kirkella Community Pasture Association’s Grassland Habitat Enhancement Project.

The group, comprised of the Rural Municipality of Wallace-Woodworth, along with Manitoba Forage and Grasslands Association (MFGA), and the pasture’s patrons committee, received $100,000 for a two-year pasture improvement project on the community-owned pasture.

“The Kirkella Community Pasture is a municipally-owned tract of land that includes grassland, wetland and woodland habitats that have been managed by a municipally-operated grazing cooperative for many decades,” says Garth Mitchell, Wallace-Woodworth’s chief administrative officer. “We see a great opportunity to undertake improvements to the pasture for the purpose of enhancing grazing opportunities as well as the environmental benefits that result from more effective grazing and landscape management practices.”

The pasture is about 4,000 acres and is located in the RM of Wallace-Woodworth in western Manitoba and has significant environmental and cattle production values according to the news release.

The Conservation Trust was announced in last year’s provincial budget and is now permanently endowed so it can “support and inspire important conservation projects for generations.”

According to a news release, the fund is expected to generate about $5 million a year and will be managed by The Winnipeg Foundation, with projects administered, tracked and evaluated by the Manitoba Habitat Heritage Corporation (MHHC). 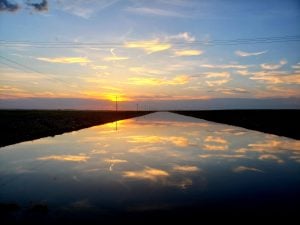