Canada, and Western Canada specifically, has been incredibly successful at growing millions of acres of plant-based protein in the form of peas, chickpeas, and canola meal. With a few exceptions,  nearly all processing of Canada’s pulse crops happens outside of the country.

Last week, PIC announced its first call for proposals, offering up to $40 million to co-invest with private companies and company partnerships to create, grow, make, and sell plant-based protein products.

Greuel says that eligible projects could include a wide range of things: from new processing technology, products, varieties,  marketing and sales. Anything that is be focused on growing the sector and taking advantage of Canada’s ability to grow quality protein in great volumes, he says.

In the interview below, RealAg Radio host Shaun Haney asks Greuel how his organization plans to clear the common hurdles that face any industry trying to move up the value chain — like attracting outside investment, making partnerships work, and securing international connections so vital in a global market place.

“We’re not going to get there overnight,” Greuel says, but he’s confident that with the right high-protein, high volume products that customers want, internationally, big issues like trade and political wrangling can have a smaller impact on Canadian markets, potentially. Moving up the value chain, and keeping processing and development here at home means that Canada can take its place as world leader in plant-based protein. 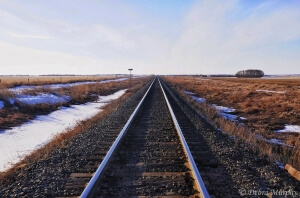 Host Shaun Haney may be tuckered out from his time on the road, but that's not stopping him from scheduling another jam-packed episode of RealAg Radio. In today's show, hear: Top ag news stories of the day (week) with RealAgriculture news lead, Jessika Guse; An exciting initiative — the RealAgristudies partnership, with Justin Funk, AgriStudies;…Read more »

What is Going on With Canola Acres Forecasts