What’s yellow, baled, and wanted all over? Straw of course!

The pretty sad wheat crop in Ontario has many farmers asking, “what’s straw worth?” and, “which cereal crop will give me the most?” Host Peter ‘Wheat Pete’ Johnson tackles that question and so much more in this week’s Wheat Pete’s Word. Hear more about straw yields, MAP with soybeans, crab grass control in alfalfa, and phosphorus loss below. 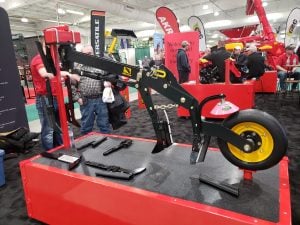 Beekeepers And Farmers Must Work Together To Address Bee Issues: Hugh Simpson