The federal government has increased the Advanced Payment Program cap from $400,000 to $1,000,0000 for all producers  in an effort to help farmers in the face of current trade issues with China.

“Canada’s farmers should know that we always have their back,” says Bibeau.

For canola farmers, the interest-free portion of the advance has been increased from $100,000 to $500,00o. For all producers, the federal government has extended by two months the deadline to enrol in Agri-Stability. The new deadline is July 2, 2019.

While high-level technical discussions continue, Jim Carr, Minister of International Trade Diversification, says that he believes the the China trade issue should be dealt with on the scientific side, where the allegations have been made.

“This is not the first time we’ve had an issue with canola and China, so we’ve had some experience dealing with this before,” says Carr. Carr says the federal government is approaching the issue in three parts: engaging with China on a technical basis, supporting farmers through changes to the APP, and focusing on trade diversification.

As part of this three-part strategy in dealing with this issue, Carr announced a trade mission to Japan and Korea for early June.

Earlier this week, leader of the Conservative Party of Canada, Andrew Scheer called out the federal government for not doing enough on the file. In addition to changes to the APP, Scheer says the government should appoint an ambassador to China and take the matter to the World Trade Organization. He also pledged a withdrawal of funds to the Asian Infrastructure Investment Bank if elected prime minister this fall.. 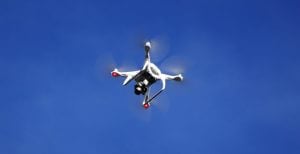