Len Siemens, one of the founding members of Canadian Foodgrains Bank, passed away on April 25, 2019, at the age of 93.

Back in the mid-1970s, Len Siemens was part of a small group who created the Mennonite Central Committee (MCC) Food Bank into which farmers could donate grain for shipment overseas. In the early 1980s, MCC then evolved into the Canadian Foodgrains Bank.

“His mission was to feed the world,” says John Wieler, who directed the MCC Food Bank at the time. “He was an agriculturalist and academic who brought credibility to what we were discussing to the MCC board.”

Siemens became the trusted bridge between the businessmen and farmers who dreamt up the MCC Food Bank and MCC leadership in Akron, Ohio.

“He battled through a lot of problems and was willing to answer the tough questions,” adds Wieler, noting that there was some opposition to Canadian Foodgrains Bank being formed at its very beginning by those who thought that it could overtake MCC itself. 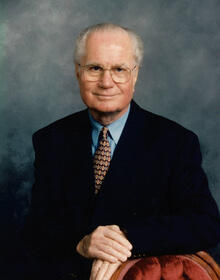 Siemens not only was one of the founding members of the Foodgrains Bank, but he also was an agronomy professor at the University of Manitoba and was an associate dean in the Faculty of Agricultural and Food Sciences.

“It is people like Len Siemens that leave lasting legacies,” says Jim Cornelius, executive director of the Foodgrains Bank. “He envisioned what could be and then helped work through the practical and organizational issues to help make it a reality.”

Today, the organization has provided more than $40 million in annual assistance around the world, providing food where it is needed, and supporting the efforts of households and communities to improve their farming, livelihoods, and nutrition. Since its establishment in 1983, more than a billion dollars of assistance has been provided.

6.7 million birds on Canadian farms lost to avian influenza in 2022

RealAg Radio, Jan 26: The winner of the 160 Acres of Gold Giveaway, advances of SeedMaster equipment, and technology on the farm