The lack of rainfall in some of the major pasture growing areas in Western Canada is extremely taxing on cow-calf producers.

According to Chad MacPherson, general manager of the Saskatchewan Stock Growers Association, Saskatchewan is going into its third year of a major drought, and producers are running out of options.

While in some years there is the option of moving cattle to areas less impacted, the sheer size of the drought in the Prairies is making that next to impossible for many ranchers. Some are left only with the option to reduce herd size.

Saskatchewan Stock Growers Association’s Chad MacPherson joined Shaun Haney on RealAg Radio this week to discuss the impact of the drought on cattle producers in Saskatchewan. 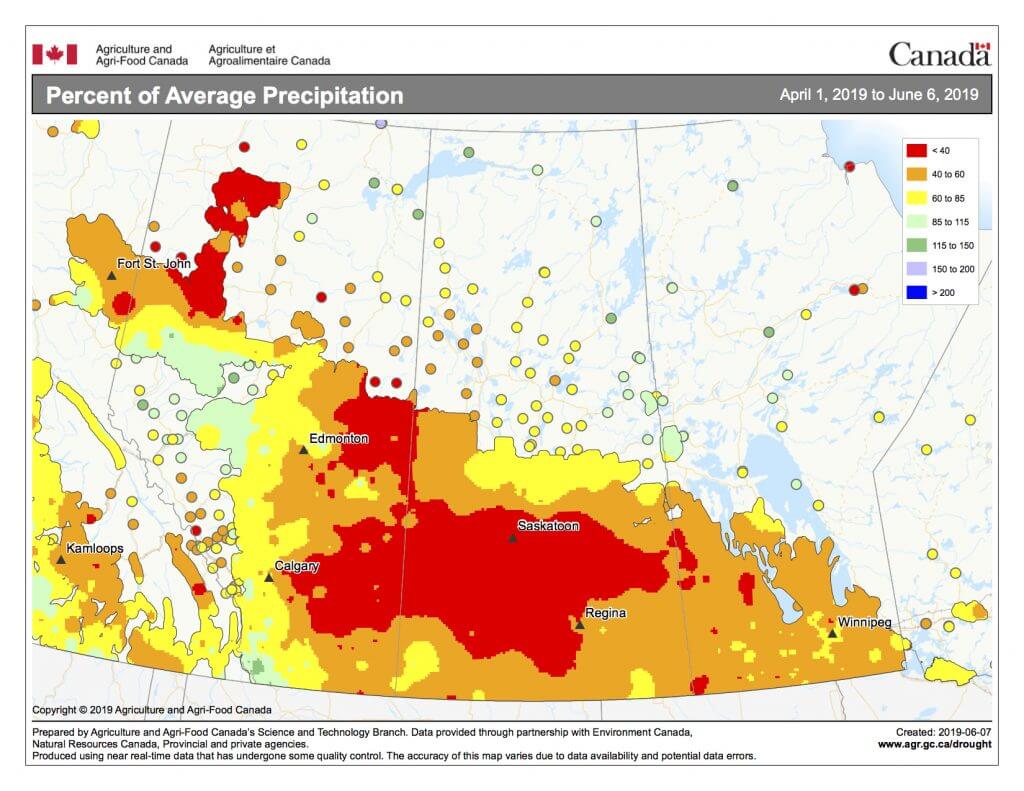 “Probably the worst area according to [an Agriculture and Agri-Food Canada] map is through the central part of the province – that’s received less than 40 per cent of average precipitation for the growing season, says MacPherson. “Overall, there isn’t a part of the province that’s within normal conditions – everywhere is well below normal.”

MacPherson says there are risk management programs to assist producers, but there are limits.

“The challenge always with the forage insurance programs is having it adjust to inflation in the market value, because they usually take the price at the beginning of the year, but if there’s a drought the price can easily double or triple by the time you have to go and buy replacement feed.”

There will be extra difficulty this year, as even the cropland looks poor, meaning salvaging grain crops may not even be an option this year.

“Usually good managers can withstand a couple years of drought,” says MacPherson, “but this is really starting to test even the best of managers.”