Grain Farmers of Ontario is asking federal political parties to consider both domestic and international market challenges ahead of the expected fall election.

Grain farming in Ontario accounts for approximately 40,000 jobs in the province and contributes at least $9 billion in economic output annually, the producer group says.

“It is time for the government to recognize not only how vital agriculture is to Canada, but how neglected grain farming has been when it comes to federal support,” says Markus Haerle, chair of GFO. “The U.S. government just announced an additional $16 billion in relief for farmers (in addition to 2018’s $9 billion). It’s clear that they understand that farmers are disproportionately penalized for the trade wars, relative to other industries, and that they are taking steps to look after that business. We expect the same recognition and support from our government.”

Grain Farmers of Ontario is asking 2019 federal candidates to commit to: 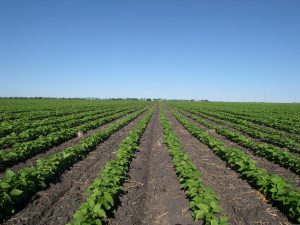 What role do seeding rates and seeding dates play in producing top-quality, high-yielding edible bean crops? On this first episode of RealAgriculture's new Edible Bean School we connect with two industry experts to gather insight on how to fine-tune rates and dates to optimize bean production. For an Eastern Canada perspective, we kick things off…Read more »