A distinguished professor at Indiana’s Purdue University has modeled the potential implications of finding African swine fever (ASF) in the U.S., finding a range of economic losses, ranging from what he calls “bad to really, really bad.”

In the conversation with Shaun Haney from RealAg Radio included below, Jayson Lusk, head of the Agricultural Economics Department, says he used a strategy that considers ranges, using parameters like how many hogs are affected in the U.S., what trading partners did, and how domestic consumers responded.

In the first, “least bad scenario,” as Lusk calls it, he considers the loss of 10 per cent of the U.S. herd, and no change to trading partners accepting pork, nor a response by U.S. consumers.

Factoring in a change to exports – which account for roughly 22 per cent of U.S. pork production – the numbers begin to change dramatically, showing a $3.6 billion loss to U.S. producers with the same 10 per cent herd reduction. With an increase of herd reduction of 25 per cent, and trade relations shut down, that number jumps to $5 billion.

“The implications for producers get much more severe under that scenario, which I think is more likely, that our trading partners would respond, even though my understanding is that this is a disease that does not affect humans.”

But, says Lusk, there is a less obvious outcome that could occur in this scenario.

“If you look at the impacts in this scenario of we reduce the U.S. pork supply by some percentage – 10, 20 50 per cent – our trading partners stop importing, that actually could result in more pork on the U.S. market, and as a result, U.S. domestic prices could fall, and U.S. consumers (assuming they aren’t bothered by this outcome) could actually be better off or about even.”

In the worst case of the scenarios he analyzed, Lusk says there could be a loss of $8 billion to producers and consumers, if the pork supply was reduced by 50 per cent, trading partners were lost, and consumer demand fell 10 per cent.

You can have a look at Jayson Lusk’s blog on the potential economic impacts of ASF, read more on his model, or download his spreadsheet to plug in your own numbers. 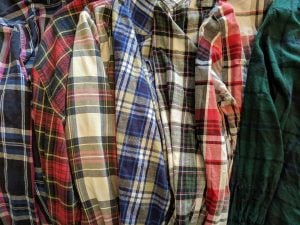 Get out your plaid to raise awareness of prostate cancer

Prostate Cancer. Despite its wide-reaching impact, it's often both misunderstood and misrepresented. According to Prostate Cancer Canada (PCC), in 2019 alone, over 20,000 cases of prostate cancer will be diagnosed in Canada. Robin Speer, spokesperson for PCC adds that 4,000 of those men will lose their lives to the disease. In case you don't feel…Read more »

Should Canadian Pork and Beef Be Supply Managed? – Kevin Grier

Is It Time to Invest in Pigs Again?