U.S. President Donald Trump has decided to increase pressure on China, just as the U.S. trade teams return to home soil this week. The president has announced a 10 per cent tariff on US$300 billion in imports from China effective September 1, a move that will result in essentially all Chinese products — including cell phones and TVs — being taxed upon entry into the U.S.

“Our representatives have just returned from China where they had constructive talks having to do with a future Trade Deal. We thought we had a deal with China three months ago, but sadly, China decided to re-negotiate the deal prior to signing. More recently, China agreed to buy agricultural product from the U.S. in large quantities, but did not do so. Additionally, my friend President Xi said that he would stop the sale of Fentanyl to the United States – this never happened, and many Americans continue to die! Trade talks are continuing, and during the talks the U.S. will start, on September 1st, putting a small additional Tariff of 10% on the remaining 300 Billion Dollars of goods and products coming from China into our Country. This does not include the 250 Billion Dollars already Tariffed at 25% We look forward to continuing our positive dialogue with China on a comprehensive Trade Deal, and feel that the future between our two countries will be a very bright one!”

China and the U.S. have not been on the same page in terms of the volume of agricultural products China would be purchasing since the last break down in talks, previous to the G20 Summit held in June. Trump proclaims to be looking out for farmers, and says this recent tariff escalation is in response to the lack of buying (or agriculture products) by the Chinese.

Reaction to the tariff decision has been mixed, depending on how hawkish you are on China reform.

Goldman Sachs stated: “The value of imports on the proposed list is concentrated in key sectors that have, up until this point, been nearly – if not completely – unscathed by tariffs in the first three tranches.  As a result, we expect this next round of tariffs to be unpopular, politically.”

U.S. farm groups have yet to comment on the president’s decision.

The markets reacted negatively, as November soybean futures dropped. The entire grain complex was lower with the exception of rice and oats, at the close of markets Thursday, August 1. 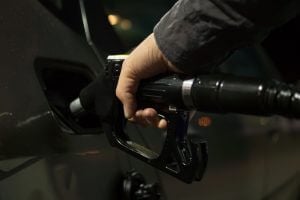 If you don't have diesel pre-purchased yet, when do you pull the trigger? In light of the current demand situation — hey there, global pandemic — one analyst says it may be prudent to hold off for a bit. Let's start with demand. Without a doubt, the global response to COVID-19 is having a huge…Read more »