The Western Equipment Dealers Association (WEDA) has announced Kevin Pawlowski as the president of its board of directors.

According to a news release, Pawlowski brings 30 years of industry experience to the table. He previously worked as a field representative for CNH Capital (previously Case Credit), and later moved to Farmers Equipment company, a two-store Case IH dealership in northwestern Washington state where he now serves as the company’s president and general manager. Before joining WEDA as a board member in 2015, he sat on the board of the Pacific Northwest Association for five years.

Pawlowski will lead the ten-member WEDA board of directors and says he is excited for the opportunity for this position.

“I am thrilled and humbled for this opportunity and believe that WEDA has never been in a stronger position, not just to face the challenges ahead, but to emerge as the leader in shaping the path and future direction of the industry for the benefit of equipment dealers. The WEDA Board of Directors is deeply committed to our dealers and our industry, and it is both a privilege and an honour to assume the role as board president,” he says.

John Schmeiser, CEO of WEDA, says that Pawlowski’s extensive leadership experience will prove to be beneficial to the company and industry.

“Over three decades, Kevin has built an impressive track record of strategic, operational and commercial accomplishments,” explains Schmeiser. “His extensive leadership experience, strategic business knowledge, and demonstrated success as a board member will be a valuable asset as we continue to strengthen WEDA’s impact on the industry. Kevin is emblematic of the deep bench strength we have on our Board of Directors, and I could not be more pleased about his appointment.” 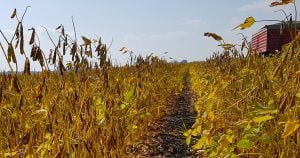 In a long-anticipated signing, the U.S. and China have agreed to the first phase of a multi-level trade deal that heavily features agricultural products. The deal is being celebrated by some in the White House as a major victory, but those that wanted ultimate structural changes with China will have to wait until a possible…Read more »

A look forward to Agritechnica 2019