Canadians will officially hit the polls this October.

“A few moments ago, I met her excellency the governor general who accepted my request to dissolve parliament. Canadians will head to the polls on October 21,” says Prime Minister Justin Trudeau.

The PM is seeking his second term as Canada’s leader. The Liberal Party of Canada’s slogan for the 43rd election: This October, Move Forward.

The call for an election comes less than 24 hours after what most Liberals hoped was an issue of the past, became the front page of the Globe and Mail.

Meanwhile, the Conservative Party of Canada (CPC) leader, Andrew Scheer announced his campaign as: It’s time for you to get ahead. Early this morning, Scheer showed off his campaign plane and was supposed to hold off taking questions from reporters until Trudeau formally announced the election; however, Fife’s article changed all of that.

“I’m calling on Justin Trudeau to immediately wave full privilege so that those individuals can testify to the RCMP,” Scheer told reporters.

Over in British Columbia, Elizabeth May, leader of the Green Party dubbed her campaign as honest, ethical and caring leadership.

May says we’re at a “pivotal point in history” and that climate action needs to happen. Over the next few days her party will be releasing its full election promises.

Back in Ontario, leader of the NDP, Jagmeet Singh, signalled his campaign as A New Deal for People. Although the Liberals have been in power for the past four years, Mr. Singh called out both Trudeau and Scheer in his initial campaign speech.

The election call comes at a time when the polls suggest it could be a tighter-than-expected race at the ballot box. Just two weeks ago on RealAg Radio, host Shaun Haney and news lead Jessika Guse discussed how a recent Angus Reid poll showed one-in-three uncommitted voters say they supported the Liberal Party in 2015 but are not yet locked in this time around. It also showed, one-in-five say they supported the NDP (20%) and 15 per cent chose Stephen Harper’s Conservatives.

Official platforms and campaigning should move into full force this week. 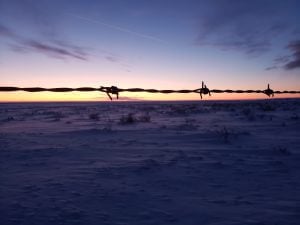 Looking at stress in a different light

When you are the executive director of an organization that emphasizes the importance of having a conversation, presentations are inevitable. Adelle Stewart, executive director of the Do More Ag Foundation, says that whether she speaks in front of an audience of five or 500, she's just happy to have people to have the conversation with.…Read more »

Alltech to Acquire Ridley for $521 Million