Erica Renaud splits her time between the family farm near Smiths Falls, Ont., and urban southern Ontario. While she may not be farming full-time, Renaud uses her upbringing on the farm to inspire her art and creativity.

Renaud works in graphic design, and she also has a self-published comic strip, called “Farm Girl Strips,” and has recently added a children’s book to her c.v.

Found across social media as @Erica_Renaud, Farm Girl Strips is a one, two-, or three-pane comic that tells a quick story or joke, usually largely based on real life memories or experiences at the farm.

Figuring prominently in many of the comics is Renaud’s mother, Eleanor Renaud. While the comic strip is not entirely true and autobiographical, Renaud says much of her relationship and interactions with her mum are quite true-to-life.

Renaud says her recent offering, a children’s book called Just a Farmer, was written to help celebrate how diverse and intelligent farmers have to be to run their farms. Instead of being “just a farmer,” Renaud’s story shows how farmers are mechanics, livestock experts, agronomists, and more.

Listen below, as Erica Renaud shares about her comic and book, and for details on where you can order Just a Farmer. 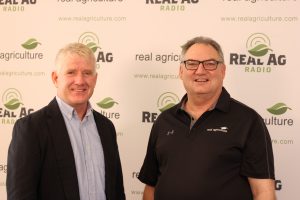 Farmer and innovator shares insight into the future of autonomous agriculture

Passionate about learning and teaching, Brian Tischler is no stranger to the agriculture tech world and farming. Just last year he was successful in building his own autonomous tractor. He continues to be an advocate for the autonomous, open-source tech world, and during his talk at CropConnect this year it's no surprise the room was filled…Read more »

The future is now for farm satellite technology