China’s evolution as a trading partner is one of self-sufficiency: China has spent the past few decades weaning itself off needing other countries for many things, by investing in its own value chains and technology, and making strategic purchases and partnerships worldwide.

But that doesn’t mean China doesn’t need to trade — it just means it can be rather choosey in its dealings.

That’s become abundantly clear in the relationship between Canada and China. “China likes us, but China doesn’t need us,” says Stockwell Day, former Leader of the Opposition, MP, and Alberta MLA, in this interview with Jessika Guse recorded at Prairie Cereals Summit.

What’s also clear to Day is that smoothing relationships with China is necessary, and it begins with putting an end to the controversial arrest of Huawei executive Meng Wanzhou. Day says that while the situation is unfortunate, it could have been avoided, that there is language within the laws to account for the government’s discretion. Because the matter is before the courts, however, the path forward is no longer up to the Prime Minister.

Watch below and hear Stockwell Day’s thoughts on choosing who will replace Andrew Scheer, and what Canada has to do to make things right with China: 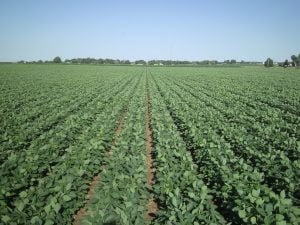 Georgia farmer Randy Dowdy established a new world record yield for soybeans in 2019, setting the bar at 190 bushel per acre on a 3.27 acre plot. While Dowdy now reigns as the 'yield king', Missouri farmer Kip Cullers helped blaze the trail for contest yield winners when he put up a 160.6 bushel per acre…Read more »

Canada’s need to adjust to a world “turning away from liberalized, rules-based trade”