Let’s start with the good: this year we celebrated 10 years of RealAgriculture, beef exports to Japan were stellar, and the new NAFTA (USMCA) trade deal moved ever closer to ratification. From there, though, we’ll be honest — 2019 was a tough year for planting and seeding, growing, harvest, cattle prices, lamb prices, and international trade. Let’s put this year to bed once and for all with a look back at our top 19 posts of the year.

19 Check your peduncles: Glyphosate made the news more than a few times this year (usually not in a good way). Increased focus on getting a pre-harvest glyphosate pass timed properly is solid info. This Wheat School has you covered.

18 Crops abandoned: how do you axe one from the rotation?  Following up on a Twitter conversation, field editor Lyndsey Smith asks, what makes you pull the plug on a rotation option? The answers may surprise you.

17 It’s a disease that’s spreading rapidly: clubroot. We started the year with a big focus on just where the disease had ended up. Short answer? It ain’t pretty, and over 45 fields in Saskatchewan have confirmed its presence. 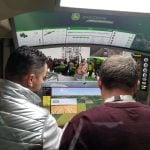 16 John Deere’s Command Cab was a hit at Agritechnica, and a hit for our readers. No steering wheel and huge screens show what JD thinks the cab of the future will be.

15 Will the debate over buy vs. lease ever be put to rest? We do our best to clear up some tax implication myths in this Mind Your Farm Business episode.

14 We head to the National Farm Machinery Show in Kentucky for our 14th most popular story in 2019. There, field editor Bern Tobin introduces us to an option to add autosteer to just about any vintage and size of machinery.

13 January kicked off with a major blow to the Canadian canola industry, when China pulled the export permits for first one, then more Canadian exporters. While everyone hoped for a quick resolution, canola is still on the naughty list.

12 New livestock transport regs were gazetted in February, leaving the cattle industry wondering why the rush seeing as the federal government’s own research on transport outcomes was not yet complete. Late in the year, the government announced a two-year grace period to the new rules (first for cattle, then for all livestock).

11 From east to west, farmers struggled to bring in the 2019 crop. When it comes to crunch time, is it better to run a second combine or invest in a grain dryer? For at least one farmer, the numbers are crystal clear, and that’s our number 11 story of the year.

10 Animal extremist activity in Canada faced new regulatory challenges in 2019, much to the relief of livestock farmers who have been asking for more protection for their livestock, families, and homes. Animal extremists’ criticism of the new regs had them asking what farmers are hiding — what are they?

9 Remember how we said glyphosate didn’t have a great year? It wasn’t all bad, as Health Canada completed its review of the herbicide, including vetting 8 major objections to its registration. Health Canada said: the registration stands.

8 New f-word alert: Falling number. Many farmers had injury added to insult when 2019’s rough harvest smacked them again at the elevator with major downgrades due to falling number (which is not, actually, a grading factor for western wheat). Click here for the full interview.

7 We head back to Germany for our 7th most popular post, and back to John Deere’s booth at Agritechnica for the unveiling of the twin rotor x9 combine. It should be noted, John Deere is not the first with this technology (as so many of you pointed out).

6 Celebrities and food production — like oil and water, right? News lead Jessika Guse tells Ellen Degeneres to stay in her lane over meat eating, health, and climate change impacts for our number 6 story of the year.

5 Rural crime —be it trespassing or theft or more — has been a major concern for rural residents. No one wants to see a situation turn violent, and many have expressed frustration over a policing system that doesn’t seem to take the crimes seriously. The issue prompted a discussion on what your rights are as a landowner (and what you really can’t do, angry as you may be). 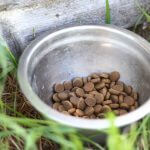 4 2019 may go down as the year of plant protein…much to the chagrin of many livestock producers. One researcher decided to compare a highly processed veggie burger to, well, dog food and those on social media ate. it. up.

3 For our 3rd most popular story, we circle back on the China/canola situation, where RealAgriculture founder Shaun Haney explores, Why Richardsons?

1 The Tesla pickup truck — will you buy it? (We can only guess that once people saw the actual Cybertruck, the resounding answer was, “No.”)

Happy New Year, and cheers to a prosperous 2020!

Lisa Thompson in as ag minister for Ontario; replaces Hardeman ahead of next election

Fall weed control isn't just something to consider in the depths of the fall, it's something to consider now, in the final days of summer. The key takeaway is not one solution but a whole myriad of things, through integrated pest management (IPM). Joining host Lyndsey Smith to discuss the topic is Jason Voogt of…