While the full implementation of the rules will happen over the next 24 months, Canada’s new livestock transport rules came into effect February 20, 2020.

Anyone who transports livestock — including producers — need to make sure they are familiar with notable changes to the Canadian Food Inspection Agency’s (CFIA) Health of Animals Regulations (Part XII).

The new regulations have been in the works for years, and the final regulation was published last February. The rules have evolved from a prescriptive-based approach to an outcomes-based approach, and include significant changes to the time allowed between feed, water, and rest, for each species, as well as updated explanations and restrictions for movement of compromised and unfit animals. 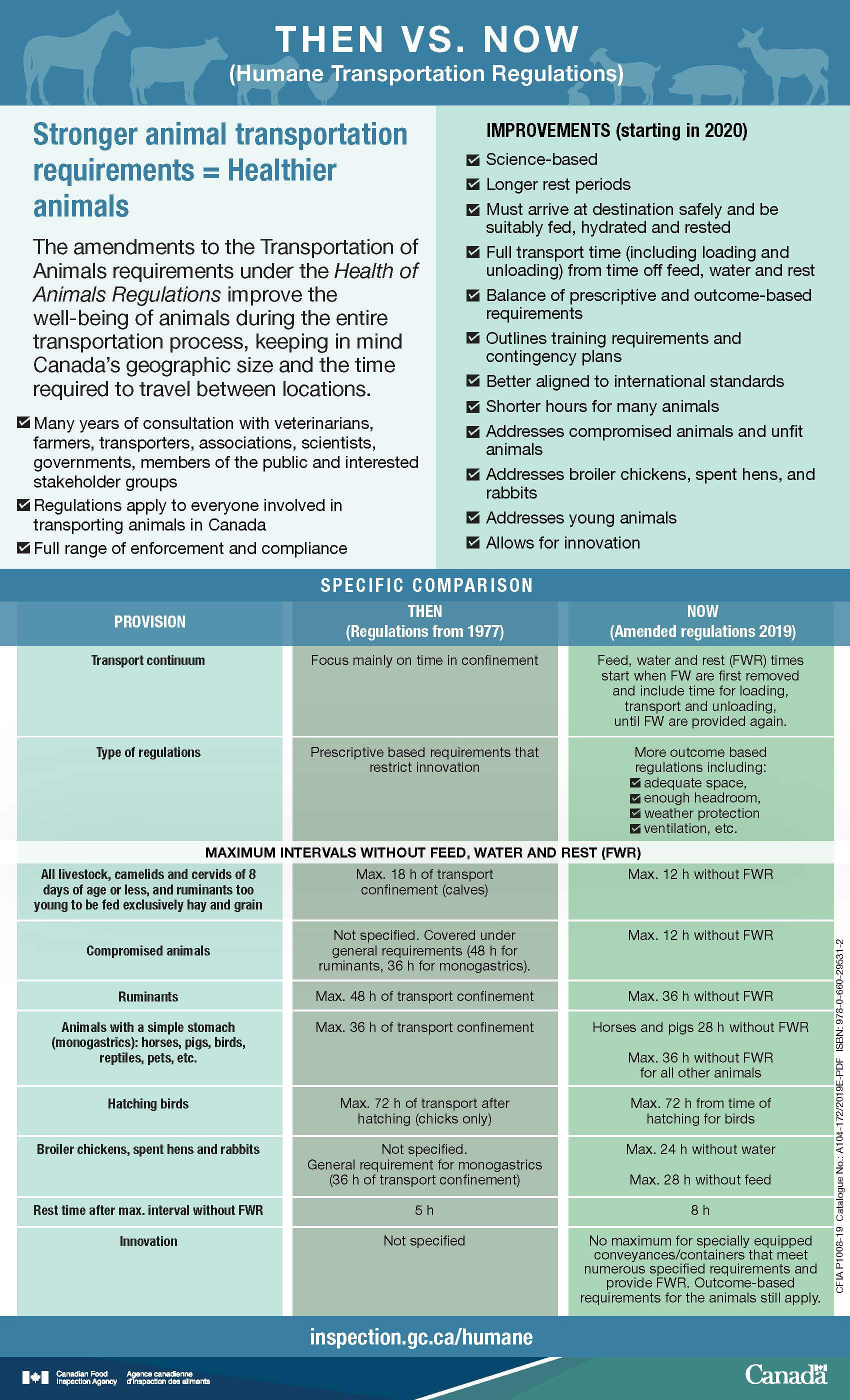 After the final gazetting, livestock industry groups met with the government to seek clarification on specific aspects of the rules. Most notably, the beef industry is in the middle of a multi-year, government-funded transport research project that seeks to answer some of the questions on feed, water, and rest intervals already prescribed in the new rules. The government responded with a two-year phase in on enforcement of some of the aspects of the regulation.

The new regulations are more detailed with respect to animal needs and specify intervals for transporters to provide food, water and rest. A key point in the new regulations to note: the interval for feed, water, and rest begins BEFORE animals are loaded, if they are held in an area without feed and water.

All persons involved in the transporting of livestock must comply with the new regulations. Those transporting animals must have contingency plans in place if the transport trip will encounter very hot, very cold, or stormy weather.

As an example, new rules apply for the transport of very young animals, those in transit to veterinary care, and those lactating.

With TPP In Trouble, Is a Bilateral Deal With Japan Possible?