Weed surveys conducted in the Canadian Prairies since the early 2000s have tracked the incidence of herbicide resistance over time, and it’s not looking good.

And that number is only higher in neighbouring provinces, with, according to Geddes — 59 per cent in Alberta and 68 per cent in Manitoba.

It’s been a slow, steady build, says Geddes, largely a result of selection pressure from the repeated use of herbicides, without other weed control measures.

“Across Canada we’re sitting at about 75 what we would call ‘unique herbicide resistant weed biotypes’ — and what I mean by that is a weed species that is resistant to a herbicide mode of action.”

One of the main weeds of concern for the Prairies is wild oat, says Geddes.

“So, in wild oat, certain biotypes can have resistance to Group 1, 2 or 8 herbicides, and…there was a population from Manitoba that also had 14s and 15s on top of that.”

According to the surveys, approximately one quarter of fields in Saskatchewan have resistance to both Group 1 and 2 herbicides. And that significantly limits herbicide options.

“In fact, in wheat, barley, field pea, and lentil, we’re actually limited down to only use of pre-emergent herbicides — so there’s really no post-emergent options left for wild oats that is resistant to both group 1 and 2 herbicides.”

Geddes says herbicide programs will shift to reliance on pre-emergence herbicide management, and an integration of cultural and mechanical strategies.

For small grain cereals, this could, for example, include increased seeding rates.

“So I think that if we can integrate some of these pre-emergence herbicides with higher seeding rates — probably up to double the recommended seeding rate for either wheat or barley — I think that will go a long way to helping compete with wild oats as well.”

Herbicide options for multiple resistance kochia are also limited, but there is a research project on management underway on the prairies. The project, says Geddes, is considering the impact of crop rotation diversity in management, including integrating alternate crop life cycles into a rotation.

“With kochia, the weak point is the seed bank,” says Geddes. “So the seedbank usually persists for one or two years. So the idea is that if you can manage the resistant biotype effectively for a few years in a row, that will go a long way to depleting your seedbank and depleting the populations in subsequent years.” 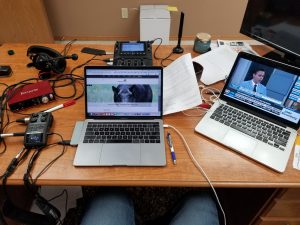