It stands to reason that someone with a Ph.D. in counselling psychology, and the first female performance consultant for several professional sports teams, may have some ideas for personal growth on leadership, stress, and attitude.

“I was really fortunate that I started with the New York Rangers, and my actual first day on the job in pro sport was during 9-11,” says Kimberley Amirault-Ryan. “I say I was fortunate because the things I learned about leadership, and handling stress in adversity from the New York Rangers organization was incredible.”

Amirault-Ryan believes there are three major areas we hold ourselves back.

According to Amirault-Ryan, less than eight per cent of us achieve our New Years resolution’s and goals, often citing a “lack of time.”

“Instead, what you want to be doing is focusing on your ‘why’, of ‘why you want to achieve your goal’ — like that dream, that connection,” says Amirault-Ryan.

Our feelings are guided by our thoughts, and for many of us, these thought processes were developed in our adolescence. Amirault-Ryan recommends taking control of those thoughts.

First, she says, take a breath and calm down. If necessary, use a thought-stopping technique such as snapping an elastic band on your wrist. Then re-set, almost as though you watched the mistake on a video. Re-play the video with how you wish you would have responded. Then, put your shoulders back, head up, and re-focus on the now.

For people who struggle with perfectionism, Amirault-Ryan suggests thinking about the instance as though you’re talking to someone else you really care about.

“Every company, every sports team I’ve worked with, spends a lot of time selecting people that are energy-givers, solution-focused.”

She says this creates a high performance environment by design — something we can utilize in both our professional and personal lives. 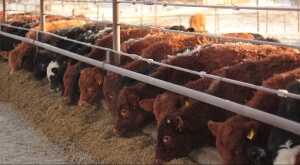 Farmer as identity: the heavy weight of trade deals, succession, and scrutiny

Talking to Farmers: Does Controlled Traffic Farming Have a Future in Western Canada?

A plant without sunlight can’t grow and neither can you