While price plays a big role in committing to a grain contract, there are other factors to consider as well, from delivery terms to potential damages.

In this video interview, Janelle Whitley, policy development manager, with the Canadian Canola Growers Association, discusses the top five things to know when considering a grain contract, and says, that beyond the paperwork, having a good business relationship with your grain buyer, open lines of communication, and developing trust makes a big difference in the entire process.

First off, it’s important to read your contract — and really read it (get your glasses out for that fine print, please).

“Largely because, when you sign it, you’re signing to say that you’ve read it, that you understood it, and that you agree to it,” says Whitley. “And a contract, once signed, is legally enforceable, and it is quite difficult to unwind for farmers.”

Whitley says there can be a lot of variability between contracts, and different  terms may work better for you or your farm.

A contract will also stipulate how much grain, and what quality, will be accepted. Ensure you know the parameters for quality, and how any differences or deviations in those numbers will be treated.

What happens if you can’t deliver or have to break the contract? It’s important to know the consequences. Most contracts will contain details in how liquidated damages are calculated.

“So it’s often the difference between the contract price and the price at the day of your delivery,” says Whitley, adding there can be other penalties, like administrative costs, as well.

Delivery terms involve how the grain will be called into the elevator — how much, and at what times. Know ahead if you are booked in for a specific day or if they will phone to schedule that down the road.

There is a red flag in this area, as well. While contracts will stipulate a delivery period, Whitley says most allow the buyer to extend that, which can impact winter plans or marketing.

“And this is done to allow for flexibility in moving grain off, getting trains come in, getting your storage filled…but for a farmer, what it means is you need to be prepared to deliver both in that original and in the extended delivery period.”

Whitley says questions around delivery terms often come up in years that experience sudden market closures, rail challenges, or any other issue that impacts delivery at the elevator system.

And finally, be wary of verbal commitments. Though they can be legally binding, they are difficult to prove. And, says Whitley, a lot of contracts actually stipulate the company is not bound by something not contained in the physical contract.

“So it’s actually saying that it needs to be written into a contract for the company or its representatives to be bound by it.” 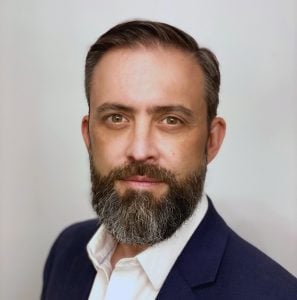 How the Other Half Farms — Travel As a Management Tool

Farm At Hand Founders Moving On