Grain markets ended the third week of February mixed, with the wheat complex gaining ground that was lost last week while corn and oilseeds had a red week. The latter was a function of larger acres estimated by the USDA at their annual Ag Outlook conference in Washington. While the market was looking for more tangible estimates on demand, no concretely bullish export values emerged and corn and soybean prices pulled back (which carried over into canola).

Also hanging over grain markets is concerns of economic impact from the coronavirus (which is still not slowing its spread) and climate protests impairing Canadian railroad logistics. 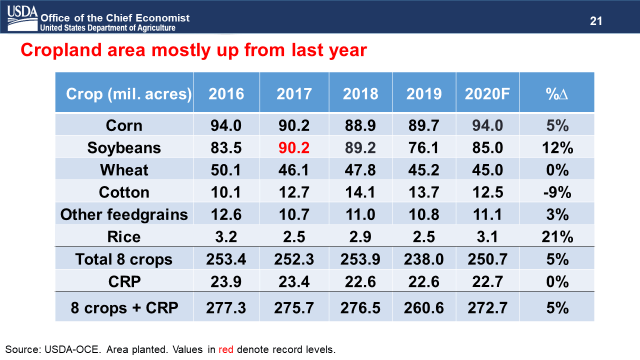 It’s worth noting that the USDA has correctly predicted the direction of change for corn acres 9 times in the last decade. Conversely, the USDA’s track record of correctly predicting if soybean acres will go up or down (compared to the previous year) only 5 times out of the last 10 years. While the March WASDE report will come out on Tuesday, March 10th, the report that I and many other grain market participants will be watching for comes out 3 weeks later on March 31st in the form of the Prospective Plantings report. This report includes producer survey data and should be a bit more indicative of what acres get actually planted with what.

This in mind, the USDA is expecting 2020/21 U.S. soybean stocks to drop to a four-year low of 320M bushels (or 8.71 MMT if converting bushels to metric tonnes) but that’s on the basis that China buys more American beans. It’s the opposite story for corn though, with 2020/21 carryout expected to climb to 2.637B billion bushels (or nearly 67 MMT), the highest since the 1987/88 crop year! For wheat though, thanks to the lower acres and similar exports, wheat stocks are estimated by the USDA to fall to a 6-year low of 777M bushels (or 21.15 MMT).

From a trade perspective, the market is optimistic that China will soon start granting waivers on import tariffs of U.S. agricultural goods. And while the U.S. Secretary of Agriculture, Sonny Perdue, believes that Chinese buying will start “ramping up in the spring”, the USDA admitted yesterday that they only see $4 Billion more in U.S. agricultural sales to China in 2020. Of course, this is nowhere near the projected $40 Billion that was part of the Phase One trade deal signed a little more than a month ago. With perfect timing though, a senior U.S. official reiterated that China has told them that they’ll honour their commitments to buy more U.S. goods.

Speaking of demand commitments, it’s looking more and more like Australia is going to have to import more wheat, due to a smaller-than-originally-though harvest. Last week, ABARES reduced their estimate of the 2019 Aussie wheat harvest by nearly 700,000 to new figure of 15.17 MMT. That said, Sydney-based brokerage shop, IKON Commodities, thinks that the actual number could be even lower, closer to 14.5 MMT. Regardless, at the current new estimate from ABARES, it would be the smallest wheat harvest in Australia in the last dozen years. Accordingly, this would suggest that available exportable supply (after domestic needs are met) of 7 – 7.5 MMT. 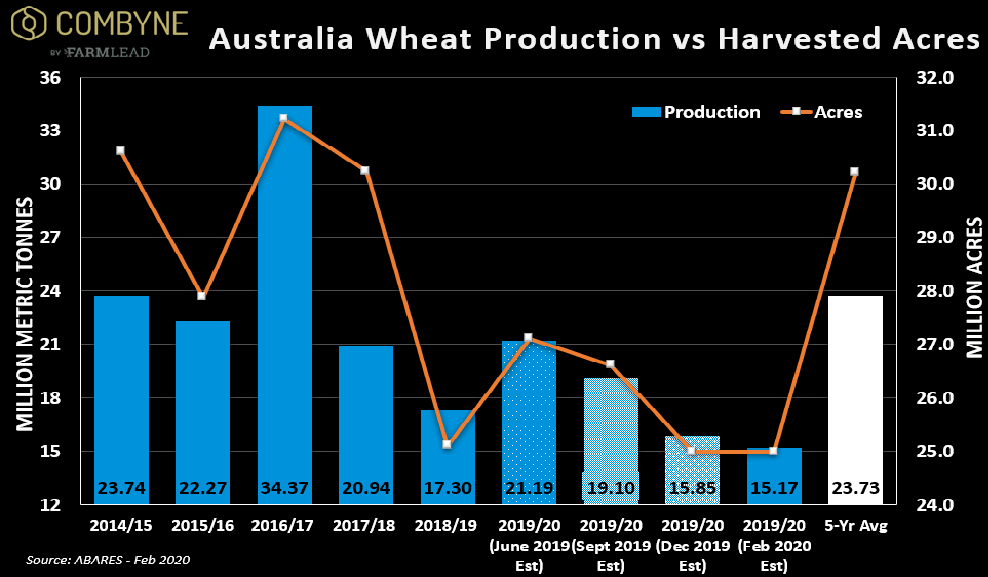 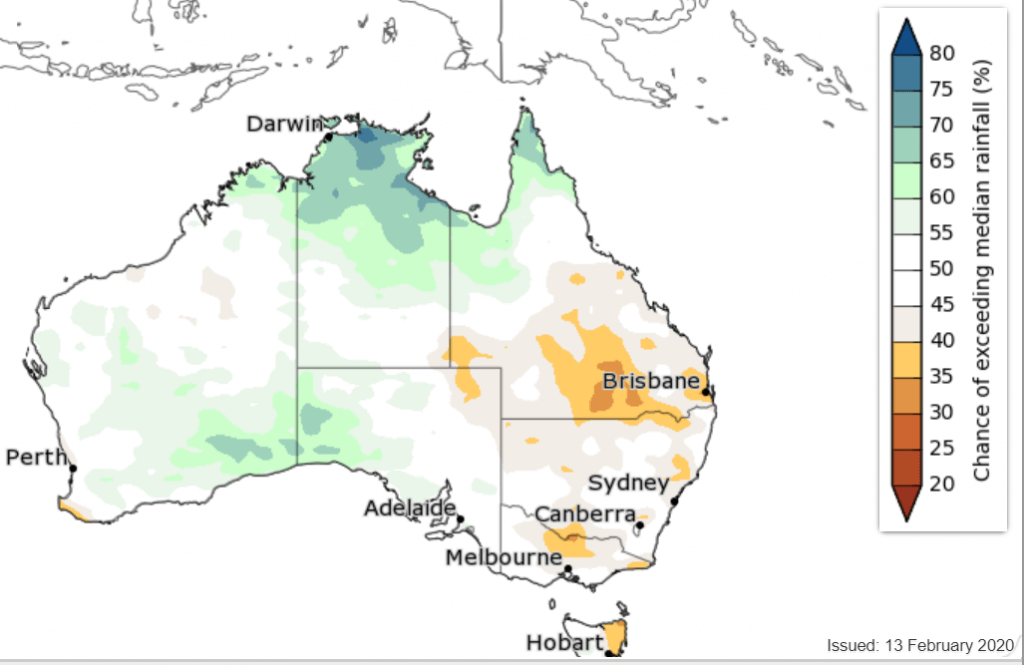 Bringing it home, the biggest headlines impacting grain markets in Canada has been the blockade of railroads across the country. On Friday, Canadian Prime Minister finally called for the dismantling of the blockades, basically giving the go-ahead to law enforcement to finally be able to do their job. That said, it doesn’t make up for the estimated $9M CAD/day in grain demurrage costs and the 1,000s of workers that CN and Via Rail temporarily laid off this past week.

The Canadian Grain Monitor Program from this week notes that the number of ocean grain vessels waiting in British Columbian ports is nearly double the normal average. Specifically, through week 28 of the Canadian 2019/20 crop year, 40 boats were lined up in Vancouver (average is 24) while 10 boats were sitting in Prince Rupert (double its average of 5). While some elevators have gone no bid or have pushed back some deliveries, country elevator grain movement hasn’t dropped off too, too much.

All things considered, commodity markets have certainly pulled back since their highs about 6 weeks ago but are weather the storm of negative headlines fairly well. The challenging dynamic that not many could’ve predicted was the torrid spread of the coronavirus and the subsequent negative economic impact both in China and around the rest of the world.

From a grain markets perspective, the USDA’s Chief Economist, Robert Johansson said yesterday that “coronavirus has pretty much shut down (China’s) economy for the first quarter”. Accordingly, while we’re starting to get a sense of supply in 2020/21 grain markets, we might have to wait until April before we start to really understand the demand function (or at least that from China).