Editor’s note: CBC News is reporting that temporary foreign workers will be allowed to enter Canada, but must quarantine for 14 days. RealAgriculture is working to confirm this.

As North America adjusts to a “self-isolation” lockdown to limit the spread of COVID-19, farmers are finalizing spring planting and seeding plans. For many farmers and farm businesses, employees are often hired from outside the country, some through the temporary foreign worker (TFW) program. A global move to limit and even ban people movement between countries brings access to this labour pool in to question, just as the calendar moves to the official beginning of spring.

Prime Minister Justin Trudeau has announced major border closures for non-Canadians, and will limit international flights to only four airports — where does that leave anyone waiting on workers?

Those that use the TFW program have typically exhausted all local or domestic labour pools, and rely heavily on the program to keep their businesses running. The fruit and vegetable industry, mushroom production, processing plants, and many grain farms depend on employees traveling from outside of Canada to help with planting and harvest.

The prime minister’s announcement of tighter travel limits does allow for exceptions for “commerce,” however the Ministers of Immigration, of Fisheries and Oceans, of Agriculture, and Employment say: “We are taking a whole-of-government approach to responding to the COVID-19 outbreak.

As the Prime Minister announced yesterday, the border will be closed to people who are not Canadian citizens or permanent residents arriving by air. This measure will carve out some designated exceptions including for aircrews, diplomats, immediate family members of Canadian citizens and at this time, foreign nationals who have been in the US for 14 days. Immigration, Refugees and Citizenship Canada has special measures in place for permanent and temporary residents.

We fully understand the importance of a stable labour force enabling Canadian food supply, and are committed to giving Canadians and businesses the support they need. That is why we are working closely with stakeholders through a joint Emergency Response Committee, consisting of key agricultural and food processing stakeholders and government officials. This will help respond to issues arising from the COVID-19 outbreak.”

One RealAg Radio listener did note that with all the turmoil in Canada and so many businesses already closed, perhaps there will be a labour force here at home.

Will need clarification from @erniehardeman and @mclaudebibeau on this non resident ban as it relates to farm labourers expected from Mexico and the Caribbean. #ontag #cdnag #onpoli #cdnpoli https://t.co/dTIqgxVhVE 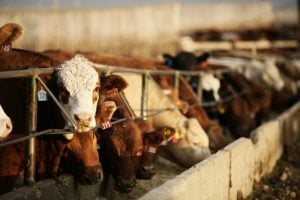 A Liberal Majority — How Will It Impact Your Farm?