We are just ending Q1 of 2020 and it is already a year to remember for generations. As we attempt to deal with COVID-19, governments are also trying to be aware of the economic future. Like you, this COVID-19 outbreak has impacted my family and business. Graduation has been cancelled, baseball season is in jeopardy, and customers are concerned.

As usual this week’s “Left on the Desk” features a scattering of tidbits, slices of data, and the things that caught my attention this week which may or may not have been covered on the website or radio show. I have made sure that it is not wall to wall COVID-19 in this week’s edition, but the pandemic has definitely stolen most story angles around the world.

If you have any feedback, comments or questions, you can email me at [email protected] or call the RealAg listener line at 855-776-6147.

As you drive up to the pump this weekend, you will notice that prices for fuel have dived lower.

GasBuddy demand data is terrifying…. showing demand destruction of 50-70% now with most states down 65-75%.

According to De Haan, diesel demand has not felt the same dip but it is still aggressive. You can hear my conversation with Patrick De Haan of GasBuddy regarding diesel prices if you missed it. Numerous farmers emailed this week saying that they were going to fill their tanks to capitalize on the lower prices not seen in years. On Friday morning on CNBC, Jim Cramer predicted that oil is destined to trade below $20.

While some Canadians are cheering the lower prices at the pump, others in the Canadian energy sector are wondering what their future looks like. In a March 13th article by Bloomberg, Scott Hanold, of RBC, said that if oil prices continue to hover around the US$30-per-barrel mark, budget cuts will be closer to “30-35 per cent, and it will be a very challenging six-to-nine months.”

In February, Alberta’s unemployment rate was 7.2% which is expected to climb as the year goes on.  Comparatively speaking it is not only Alberta concerned about people having a job in this environment. For people in the Maritimes, the energy sector has been a source of income, too, and that is quickly grinding to a halt. 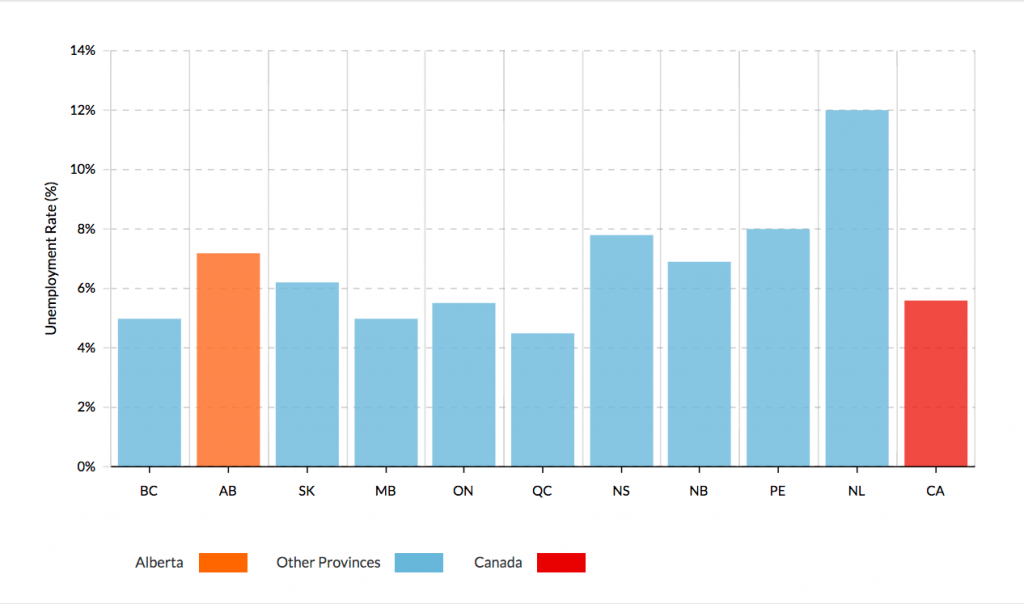 So was U.S. President Donald Trump correct when he tweeted that lower gas prices were good for consumers? In my opinion, cheaper gasoline is great provided that you can afford to pay for it which for many Canadians has become a major concern in this 2020 COVID-19 pandemic.

Good for the consumer, gasoline prices coming down!

Earlier this week I wrote about how this gasoline demand destruction is crushing the ethanol sector, but what does $23 oil mean for electric cars? Back in 2015, the Economist did not see a relationship between oil prices and electric vehicle sales but to me that seems only applicable to electric die-hards and not the majority of Canadians or Americans.  The stock price of Tesla is trading at $528.16 and has suffered similar to the broader market with a decline of 25%. I should note that in the last three months the stock is up 19%.

There has been lots of debate in the U.S. on when it is safe to “re-open the economy” as phrased by President Trump. In a COVID-19 White House press briefing, Trump stated that the economy will be back open by Easter. In Canada, we have seen less of this debate although Canadians are just as worried about the economic impacts, but we are still four years from an election, unlike the U.S. I am sure around most virtual water coolers this week conversations are dominated by when do you think this will be over? Dr. Anthony Fauci likely put it best when he said, “You don’t make the timeline; the virus makes the timeline.”

Julie Mason, the host of the Press Poll on Potus 124 Sirius XM, has given a sarcastic name to the U.S. politicians wanting the economy to open even if it takes the lives of older people. She calls them the “kill granny caucus.”

Can 2020 get any more memorable? News feed is littered with possibility of militarization of the Canada / US border. pic.twitter.com/48dcOxlXeu

The Prime Minister has encouraged Canadians to “just stay home” and for most Canadians they have been abiding by provincial and federal government social distancing protocols. For North America it’s difficult to predict how long social distancing will last. Many people refer to China and South Korea and how long it took them to flatten their curves. What is typically not mentioned is that both of those countries had much more aggressive lockdowns of people movement and enforcement of protocol breaches. The Wall Street Journal took a deep dive into what has transpired in Italy and what North Americans could learn from that European experience.

Overall, Italy has carried out more than 360,000 tests, a high number relative to most other European countries. However, in most places the disease has spread too far to employ testing to isolate the sick, highlighting the need to move quickly and decisively when the first infections emerge, experts say.  Brescia Mayor Emilio Del Bono said that in hindsight the city should have been sealed off, allowing authorities to attack clusters. “This is something we realized too late,” he said.

The above definitely sounds like what is being debated in New York state right now.

Daily COVID-19 briefings have become the staple of people’s day. It’s not very often that a health officer becomes a celebrity but in Alberta Dr. Hinshaw has developed into a celebrity. Her breakthrough celebrity moment was when she wore a dress featuring the periodic table. It just shows you how society can admire not only brainless co-eds on spring break that sign a waiver to be on a tv show but also professional bright leaders that are people to truly look up to.

Across Canada the provincial and federal health official spokespeople have been outstanding to give Canadians confidence.  These experts prepare their entire lives for this kind of situation and we are very fortunate to have their expertise at times like this.

I hope you have a great weekend in your social distancing and please take the time to check out all of our RealAg content.  A tip for you is to check out RealAgriculture.com/2020 to see the entire feed in chronological order.

If you have any feedback, comments or questions, you can email me at [email protected] or call the RealAg listener line at 855-776-6147.

What’s behind recent strength in the Canadian dollar?

Time to Price ’15 and ’16 Crops? A Bearish Theme Prevailed at Cereals NA Conference

In theory, variable rate (VR) technology should result in more efficient use of a farm's resources, whether that's a lower fertilizer bill, improved crop uniformity, or other potential benefits. So why, since most seeding tools are capable of using prescription maps, are adoption rates of VR not higher? And will we see a new wave…