In unpacking the United States Department of Agriculture’s perspective on the upcoming marketing year for U.S. stocks, it looks like nothing more than a goal post at the point in the marketing year with demand just as ambiguous.

The USDA’s latest WASDE report pegs new crop corn ending stocks at 3.318 billion which was below expectations for 3.4 billion bushels. A record, nonetheless. New crop production was reported above expectations along with stronger demand creating a washout effect. The production estimate of 16 billion bushels (another record reported) uses the 97 million acres from the prospective plantings report and a trend line average yield of 178.5 bushels an acre. This was 400 million bushels higher than the pre-report expectations but within the USDA’s regular practice to use trend line yields and prospective plantings for acres. 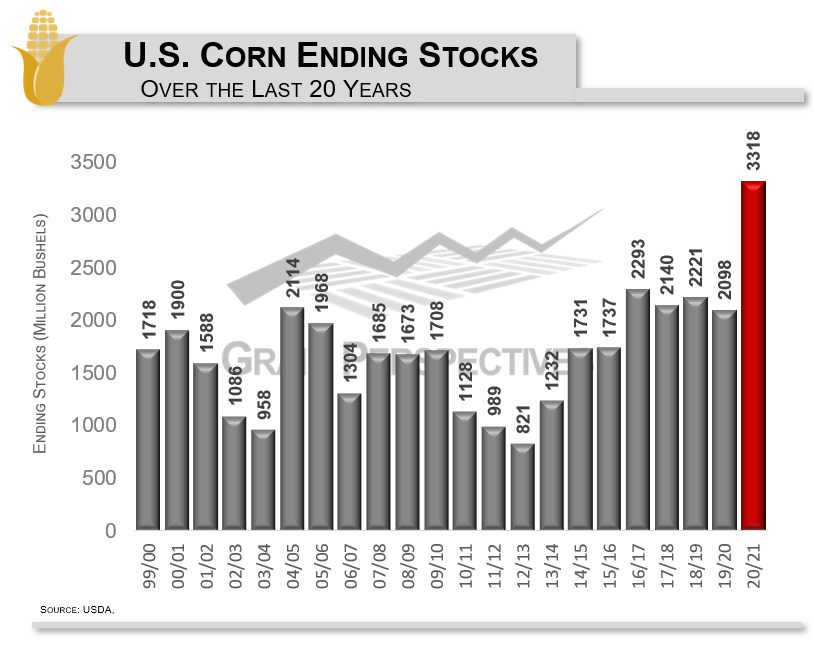 The demand side of the balance sheet was also optimistic compared to trade expectations. Which means the USDA will be adjusting demand estimates as things move along. Corn used for ethanol was estimated at 5.2 billion bushels, still below the general baseline over the past few years which floats around 5.5 billion bushels. Old crop ethanol demand was lowered by another 100 million bushels which was offset with increases in feed and exports to make the old crop balance sheet unchanged. And the USDA could have cut production by more without hesitation given the current and expected trends in gasoline consumption.

Feed use for new crop was estimated at 6.05 billion bushels, up from the old crop estimate of 5.7 billion and 600 million bushels above the 5-year average. Lower prices with a large crop along with DDGs substitution make feed a moving target based on ration price economics. Exports were reported at 2.15 which fell in-line with expectations as higher US supply should help the U.S. regain some recently lost global market share. Albeit, this also ties to China where the current rhetoric creates a potential risk. 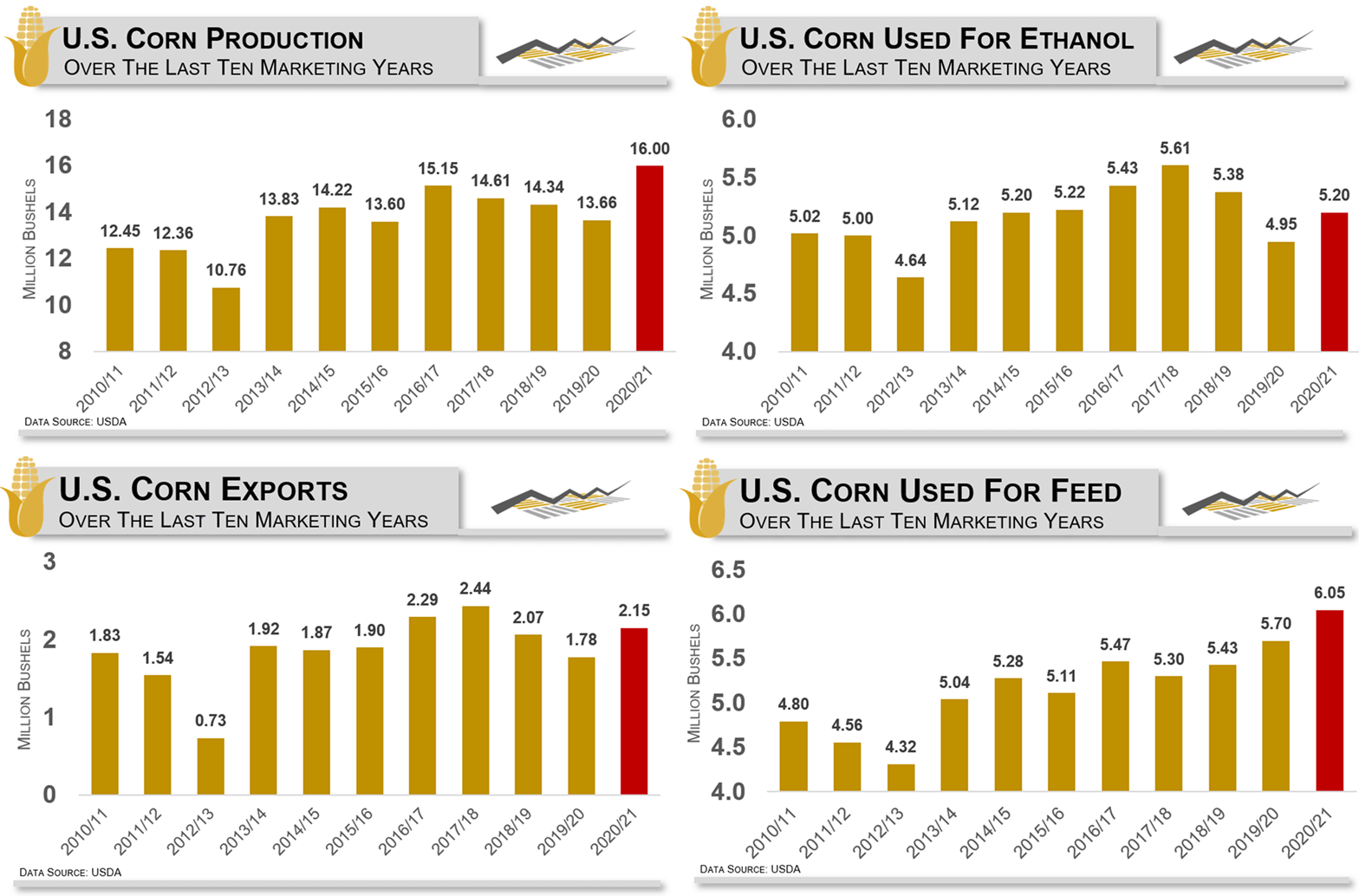 The bulls would argue that the production at 97 million acres at this point is a little high. Meanwhile the bears would argue that demand is on the optimistic side given the uncertainty which lies ahead. The tug of war in the balance sheet made today’s report mostly neutral.

Soybean’s also did not respond much to Tuesday’s report. The new crop balance sheet was reported at 405 million bushels, below the average trade estimate for 450 million. This included the base line production numbers of acres at 83.5 million (prospective planting number) and trend line yield of 49.8 bushels an acre, for a total production of 4.125 billion compared to 2019’s 3.557 billion. 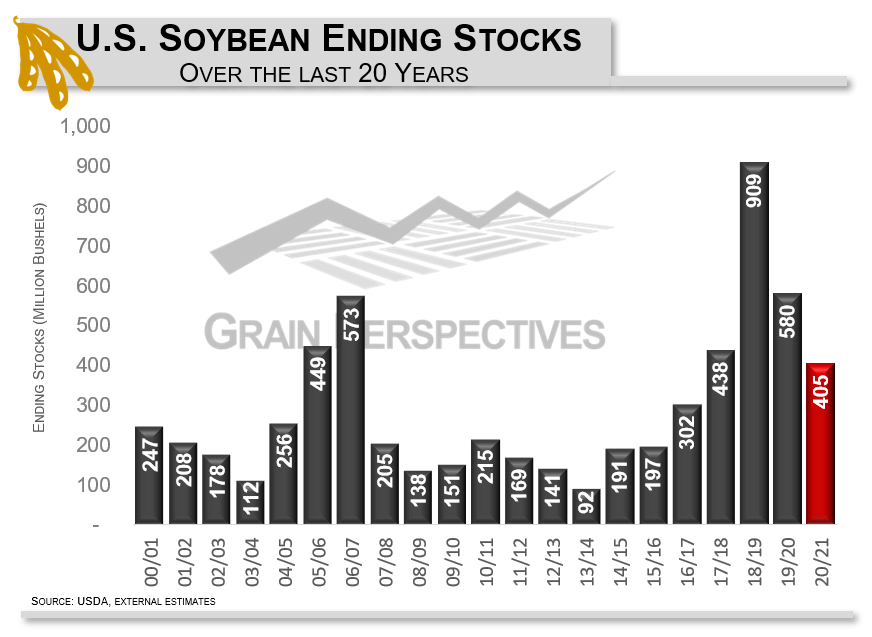 The USDA lowered old crop exports by 100 million bushels but remained optimistic for new crop. Exports for 2020/21 are estimated at 2.05 billion compared to the current marketing year for 1.675 billion.Simply, like corn, demand optimism helped keep the ending stocks lower. And with that in mind a lot rides on China for ending stocks to be reported at this level – which you know just as much as me where that could or could not go…