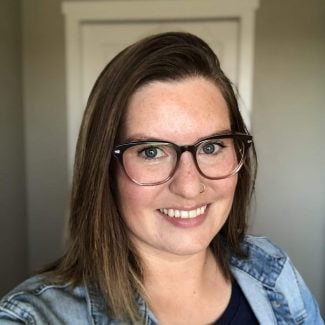 Lara is originally from west central SK, but has lived across southern AB, and briefly in lower mainland BC. She started her career in horticulture with training from Olds College. After gaining a BSc from the University of Lethbridge in Agricultural Studies, Lara gained experience in an unexpected position as a hops agronomist and field manager, before returning to her home province for more studies. Most recently she finished a MSc program in soil science at the U of S, studying the effects of rotation on biological nitrogen fixation in pulse crops across Saskatchewan. You can find Lara on Twitter at @ldemoissac

Hops might possibly be the most intensive crop you could grow in Canada, and aren’t for the faint of heart. Growing hops commercially has gotten a lot of attention in the last five years on the Prairies with the influx of craft breweries. Previously, hops were mainly grown in Ontario and British Columbia, and, in B.C. in particular, hops were a major commodity in the lower mainland until production moved south to the Yakima Valley in Washington and parts of Oregon and Idaho.

Ball park installation costs for a hop yard is $12,000 per acre, more or less. Production inputs are approximately $700 per acre, with labour costs being equivalent to that amount, so in total $1,400 per acre to grow each year. In addition to production costs, specialized equipment is required including bine-cutters (it’s a bine, not a vine), a stationary picker that isn’t made in North America, drying boxes or space to dry them, balers, and a pelletizer, if you plan on selling them dry, not fresh. Hops require processing knowledge that has been missing in B.C. since the ’80s and what knowledge is left over is time-stamped and isn’t considered valid anymore.

With a lapse in time between the initial boom bringing back production ten to fifteen years ago in B.C. and now, where hops are entering year five or less of production across the Prairies, it’s time to check in with hop producers and see how things have progressed.

“The hop industry in Canada is going through a tough spread. Many of the varieties that were planted in the last five years are not as popular with brewers as they were five to ten years ago,” says Samuel Glasgow, field manager and agronomist for Cole Road Properties out of Abbotsford, B.C. The B.C. Hop Growers Association (BCHGA) had approximately 30 members of an average size of 10 acres each a couple years ago, but Glasgow says that these days there are about 12 members with about the same number of average acres.

Due to the high input cost of variety switching with the long turn around to full production—about three years for plants to reach maturity—many producers have left the hop game in B.C. Furthermore, Glasgow says that there’s tough competition with imported hops that are protected by intellectual property rules; these trademarked or patented varieties are highly marketable to brewers, but inaccessible to Canadian growers.

Some members of the BCHGA have been exploring exporting their hops but it can be tricky as Canada doesn’t currently have an office to verify that the product being exported is in fact hops. Glasgow says that office shut its doors in the ’90s when the large company John I. Haas left Canada for the U.S. Hops for export have to be verified by a third-party contracted lab and have a written letter of verification for each shipment regardless of size. Glasgow says this can be frustrating and difficult to navigate particularly when Agriculture Agri-Food Canada and the Canadian Food Inspection Agency are not really sure how to create a more permanent solution with the flux of international trade agreements.

“There was also a short period of time in the recent history of hop production where it was a bit ‘wild west’ in terms of traceability,” says Glasgow.  The BCHGA is working hard to get its members aligned with Global GAP programs in order to facilitate the new Safe Food for  Canadians Act—this act includes breweries having traceability on inputs that include batch lot identification.

Meanwhile, on the Prairies, some hop farms are starting to reach fully productive stages, like Justin Shepherd from JGL Shepherd Farms, who says they are looking forward to their fourth year of harvesting this fall with 15 different varieties on nine-and-a-half acres near Moosomin, Sask. Shepherd thinks that hops can be grown successfully in Canada but it takes patience, capital, and the ability to do your own farm research—”the instruction manual for growing hops in Canada is ultimately your own experience,” he says.

As for how COVID-19 has affected hop growing in southeastern Sask., impacts are felt on both the brewers and on hop farm management. “Beer production and sales slowed through the first half of 2020, but hopefully as the country keeps improving we see a return to more normal market conditions for both beer and ultimately hop sales,” says Shepherd. Intensive labour is required for tasks like planting, stringing, training bines, and weeding and ensuring seasonal labour stayed safe was a concern through stringing in spring and as harvest shows up it will be important once more, he says.

Lara is originally from west central SK, but has lived across southern AB, and briefly in lower mainland BC. She started her career in horticulture with training from Olds College. After gaining a BSc from the University of Lethbridge in Agricultural Studies, Lara gained experience in an unexpected position as a hops agronomist and field manager, before returning to her home province for more studies. Most recently she finished a MSc program in soil science at the U of S, studying the effects of rotation on biological nitrogen fixation in pulse crops across Saskatchewan. You can find Lara on Twitter at @ldemoissac