There were few surprises in the latest United States Department of Agriculture’s WASDE report, with yields of principal crops left unchanged from previous reports.

According to Matthew Pot with Grain Perspectives, even China buying more corn on the heels of the report did not seem to impress the markets enough to make major moves. The focus on the supply/demand balance sheet will now shift to weather, as exports can only do so much, he says.

Projected feed and residual use was lowered in the report by 200 million bushels, reflecting a smaller crop and higher expected prices. Food, seed, and industrial use is raised 25 million bushels, based on projected increases in the amount of corn used for beverage and manufacturing, starch, and glucose and dextrose.

U.S. soybean ending stocks increased, with new crop ending stocks up 30 million bushels to 425 million, which was slightly less than expected. Here too, the focus will continue to be China buying more tonnage and the weather, Pot says.

Wheat has broken above a resistance region and is stretching higher. The USDA reported world stockpiles are down 1.3 million metric tons to 314.8, which is still high. 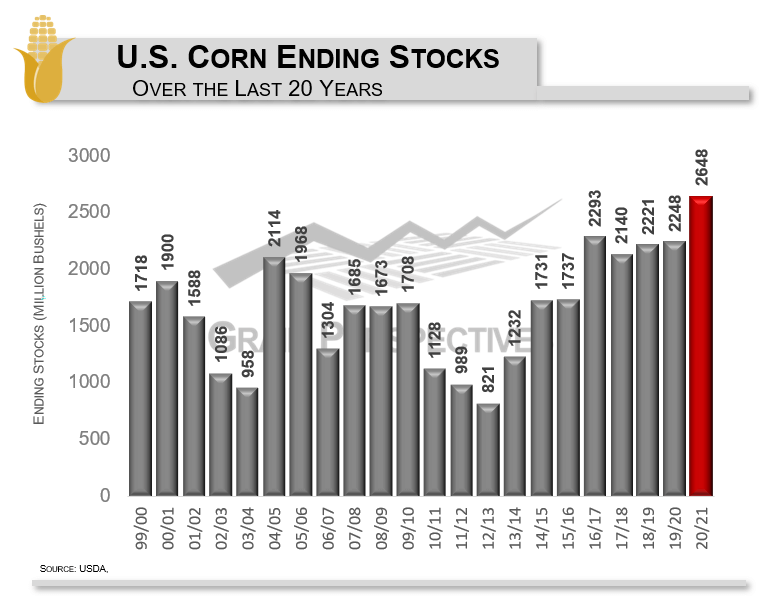 Pot adds that foreign corn production is virtually unchanged from last month, as forecast increases for Russia and Bolivia are essentially offset by a reduction for Canada. Barley production is lowered for the EU and Morocco but raised for Canada.

Betting on the Weather — This Week in the Grain Markets

“Without water, we wouldn’t be here”: Alberta irrigation district raises concerns over blocked access to water

Editors note: This story has been updated as of April 25, 2022. Farmers are all well aware of what happens when mother nature turns off the water tap, but what happens when human-engineered access to water is suddenly blocked? Water users in the Lethbridge Northern Irrigation District (LNID) in southern Alberta are currently facing this…