From the dreaded aphanomyces (hard to say, harder to control), to the potential of soybeans, fall weed control options, and on to delicious sounding diseases of fabas, Sherrilyn Phelps, agronomy lead for Saskatchewan Pulse Growers, has so much to cover in this week’s RealAg LIVE! segment.

Host Shaun Haney and Phelps also discuss some of the reasons why pulse crops are unique, why harvest management needs careful attention, and why it’s key to cool those seeds once in the bin. 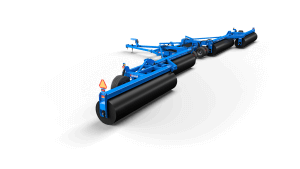 Brandt Agricultural Products has announced an expansion of their tillage products offering with a series of all-new, high-effiency land rollers. The new models are designed with field preparation and harvest efficiency in mind, so producers can work with a smooth, uniform field surface, which is especially important in regions where low-growing crops like peas, lentils,…Read more »

Canola School: What’s in the Net

Soil School: Digging in to the Soil Test Manager app