It’s the second satellite-based set of crop production estimates issued by the agency in the last two weeks. Due to COVID-19, StatsCan chose to employ its model-based method for its July report rather than surveying farmers. That report was issued on August 31.

As you can see in the chart below, total wheat production was reduced from 35.7 million tonnes to 34.1, with a significant cut to the durum wheat projection.

StatsCan also backed off on its production estimates for peas, barley, and flax.

The lentil production estimate rose from 2.8 million tonnes to 3.1 million, while the soybean projection increased from just under 6 million to 6.1 million (as there’s talk of record yields in Ontario.) Corn, dry beans, and chick peas also saw significant increases.

Check out the table below for a summary of Stats Can’s latest numbers: 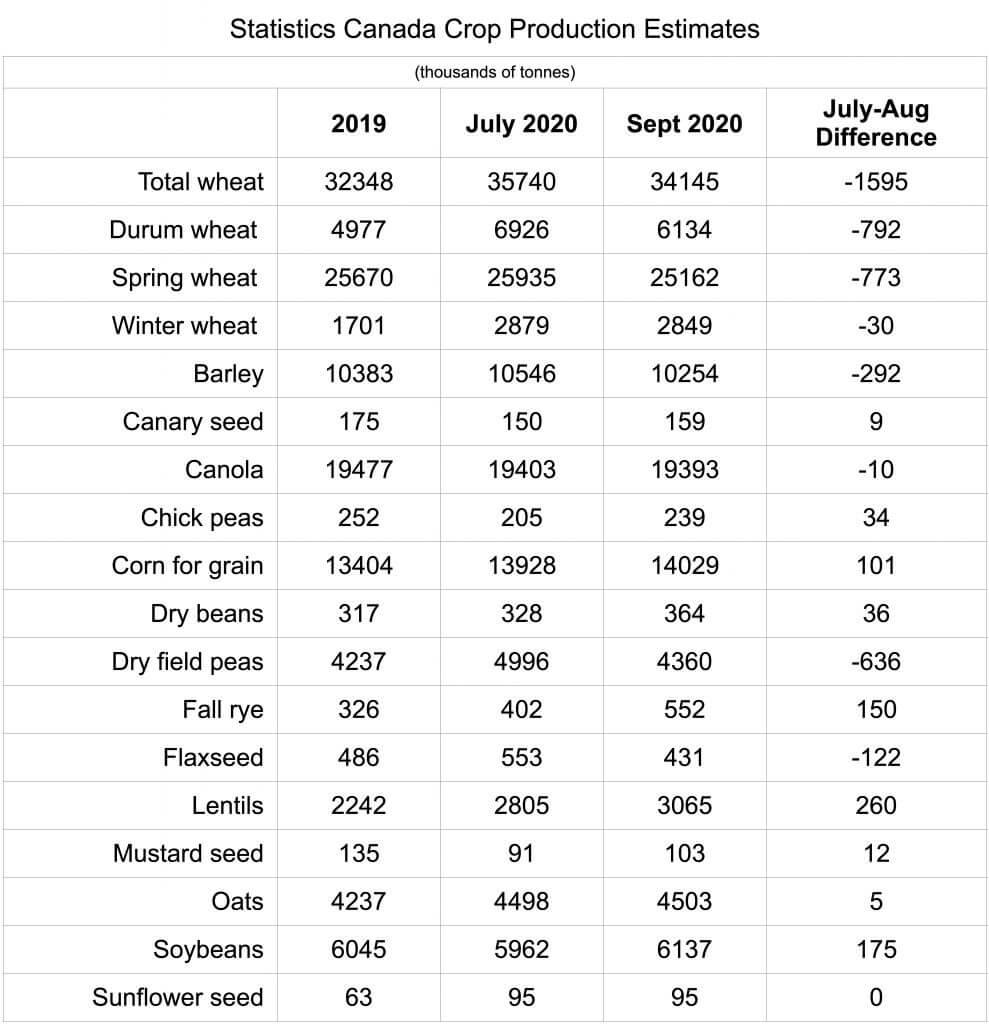 You can find entire Stats Can report here.