Fendt has made some noticeable changes to the small field robot concept that the company first unveiled in 2017.

The Xaver is a compact, electric-powered prototype from AGCO/Fendt that’s designed to work autonomously in swarms or groups in a field, with the aim of reducing soil compaction, energy consumption, and, potentially, labour costs, versus traditional large-scale seeding equipment.

When the robot was originally unveiled three years ago at Agritechnica in Germany, Fendt said its goal was to have a swarm of 12 robots cover the same amount of ground as a tractor and eight-row planter when planting corn. After extensive field testing, the company now says a swarm of six of the new generation Xaver robots can cover around 3 hectares or just under 7.5 acres per hour — and keep in mind the system can run around-the-clock as field conditions allow.

The most obvious difference with the new Xaver unveiled in Germany last week is a change in appearance.

Having matured out of its “drink cooler on wheels” look (below), AGCO’s engineers have given the new tubular frame three wheels instead of four, with the rear wheel steering the machine and closing the seed row. The three-wheel design allows the machine to pivot sharply at headlands. The wheels are also larger to increase ground contact, clearance, and seeding depth precision.

“Through Precision Planting, we have been able to draw on the AGCO Group’s agronomy expertise and proven technology to produce our seed sowing robots,” explains Benno Pichlmaier, AGCO’s director of global technology & innovation. “We were able to adapt the modules of the first Xaver generation and combine them with the new seed unit.”

The company says it plans to install Precision Planting’s Smart Firmer on the robot in the future, which will allow it to vary seed depth and pressure based on real-time sensing of soil moisture, temperature, humus content, and plant residues. 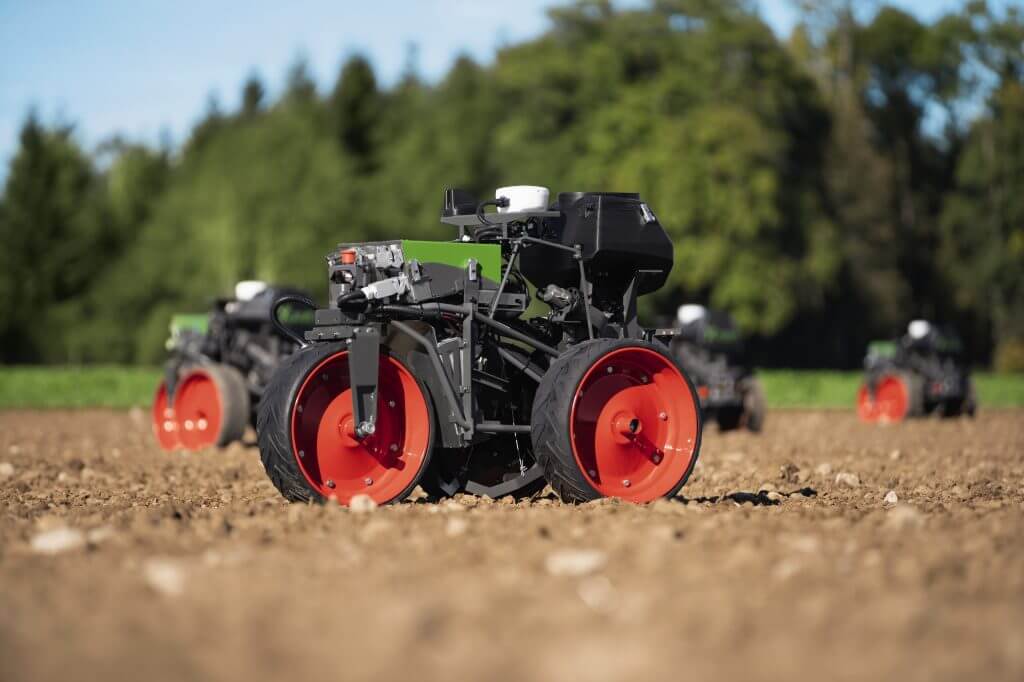 Other physical changes to the machine include a larger seed tank capacity (up to 20 litres), and a lithium-ion battery with more capacity (2.6 kWh) — good enough for about 1.5 hours of work before docking to charge.

Fendt says wheel weights have been added to the front wheels to increase coulter pressure for planting in loamy soils. Altogether, the unit still weighs less than 150 kilograms (or 330 lb) when empty.

One aspect that Fendt did not mention in unveiling the new Xaver was the larger logistics and transportation unit that was part of the earlier Xaver system. The original idea was that this unit would transport up to 12 of the small robots and provide a docking station to refill and recharge, possibly via a generator.

On the digital side, the new Xaver has been upgraded with the latest in Fendt’s guidance technology and telemetry, including the VarioGuide lane guidance system and the FendtONE platform.

“The cornerstones of our swarm system are scalability in terms of investment costs and impact, minimizing failure risks from robot redundancy, and integrating autonomy and precision farming. After sowing with the Xaver, it ‘maps’ all the useful crops in the field, and we can use this for all our follow-up work, such as plant protection, mechanical weed control and fertilization. Regardless of whether this is done by robots or tractors,” says Pichlmaier. 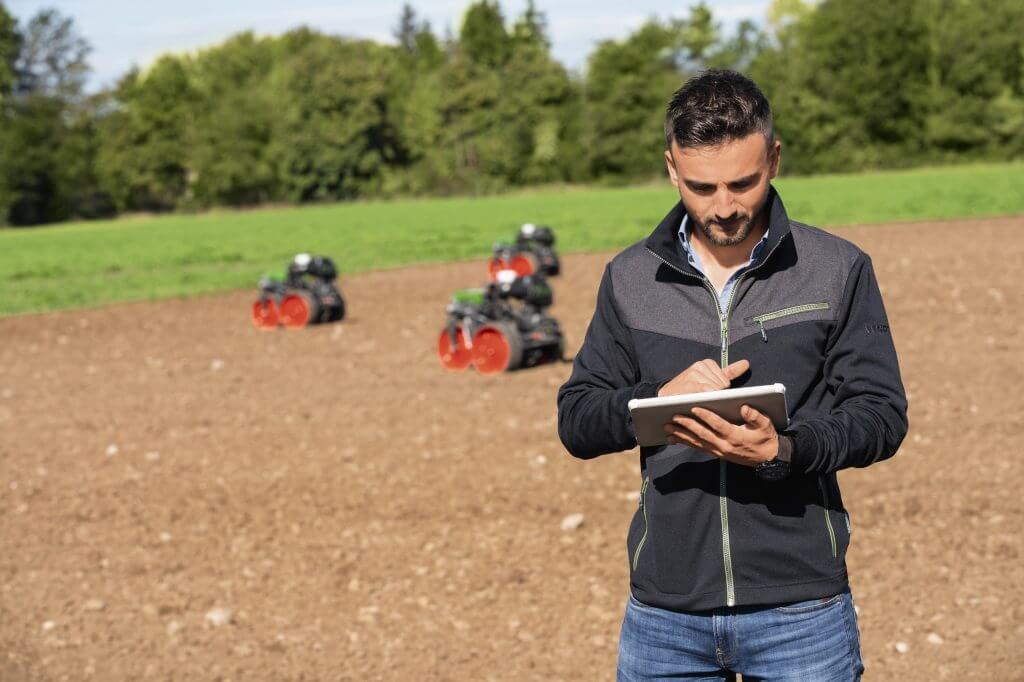 He notes a reliable data network is a prerequisite for swarm technology on farms. “Going forward, we will use the imminent implementation of the digital strategy with a 5G network expansion in Germany and worldwide. The robots will feature future Farming 4.0 functions even with larger and more dynamic data volumes.”

“The energy costs and, with that, the CO2 footprint is significantly lower compared to conventional technology when you use a Xaver,” says Pichlmaier, explaining this is due to a combination of the direct electric drive system, the lower drag from the light weight of the robot, and no need for air conditioning, power steering and other fluids as there’s no human sitting in the machine.

In the long run, Pichlmaier also acknowledges Fendt sees the Xaver platform being able to perform tasks other than planting.

The update on the Xaver project was announced at the Fendt Forum in Marktoberdorf, Germany, last week. The company did not provide any information on its plans for commercializing the Xaver system.