Peggy Brekveld has been elected as the Ontario Federation of Agriculture (OFA)’s 32nd president, and third female president in the organization’s history. Brekveld will also hold the position of OFA’s director-at-large.

Brekveld, of Thunder Bay, Ont., operates a dairy farm with her husband and five children, milking around 75 cows. 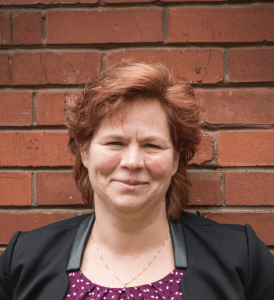 The new president didn’t originally see herself in a leadership role until she participated in the Advanced Agricultural Leadership Program (AALP) in 2006. This was a transitional moment, she says, and using what she learned through the course, she went on to become the president of the local Thunder Bay Federation of Agriculture (TBFA) From there she ran for the northern directorship with OFA, eventually becoming a vice president, and now — president.

This years’ election went a little different than previous years. For the first time in OFA history, the executive committee was elected by the board of directors following a bylaw ratification that was voted on by the delegates during the annual meeting.

“We made the change because of questions the membership had during our last convention on our election procedures, we did a review of our bylaws with the legal team. We discovered we were not in compliance with the Corporations Act,” Brekveld explains. “In order to come into compliance, we realized this change needed to be made. I think it’s a healthy one for the organization. The board of directors understands the needs of the board and organization, and understands the strengths of each team player on our board, and can make wise decisions from more than just a speech and a pamphlet at the AGM.”

It is definitely a challenging time to be taking the reins of a leadership role during COVID-19. Although Brekveld is sure there will be some trying times, she says there are positives to this as well.

“In some ways, it’s an equalizer. Someone can do a Zoom meetings from anywhere in the province, and in some ways it can be a challenge. If you have good or bad wi-fi, really impacts how we can do business at this time. But in saying that, I think navigating the issues is added to the work,” she notes. “There is COVID-19 issues that we are managing and working through, but we are slowly but surely returning to some type of normal.”

Check out the full conversation between Peggy Brekveld, and RealAgriculture’s Bernard Tobin, below: