Despite pressure from national farm groups and a willingness from the federal government to increase its contribution, agriculture ministers from across the country were once again unable to reach a deal on improvements to business risk management programs before the conclusion of their annual meeting on Friday.

Improvements to AgriStability were the focus for the annual federal-provincial-territorial (FPT) ag ministers’ conference, which was held over a pair of virtual sessions on November 20 and 27 after an in-person meeting in Guelph, Ont., in July was postponed due to COVID-19.

Farm groups have been lobbying the ministers to raise the trigger for AgriStability from 70 per cent to 85 per cent, and to remove the reference margin limit under the program. 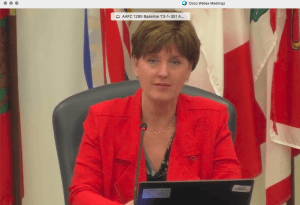 Following the meeting, federal Agriculture Minister Marie-Claude Bibeau said she proposed dropping the reference margin limit, and increasing the compensation rate — not the payment trigger level — from 70 to 80 per cent, while maintaining the 60/40 federal/provincial cost-sharing formula.

Sources say Ontario, Quebec, and B.C. were on board with the federal proposal, but the Prairie Provinces — Alberta, Saskatchewan, and Manitoba — did not agree to contribute their 40 per cent. Any changes to the program require approval from seven of the ten provinces, with representation from at least sixty percent of program participants.

“The provinces need time to reflect and respond,” said Bibeau, speaking to reporters after the meeting on Friday.

“This is the first opportunity where the federal government has laid the cards on the table and said ‘this is my hand, do you want to play?’,” said Hardeman.

The agriculture ministers from the prairie provinces were not on the call with reporters, but Saskatchewan Ag Minister David Marit has previously suggested the federal government could fund 90 per cent of any enhancements to the program, noting his province would face the largest tab if the requested changes were made. Bibeau, however, has been unwilling to waver on the traditional 60/40 funding split between the federal and provincial governments.

Immediately following the FPT press conference, Shaun, Kelvin, Brady Stadnicki of the Canadian Cattlemen’s Association and Erin Gowriluk of Grain Growers of Canada to break down the outcomes.

Farmers caught up in international trade dispute are feeling the pinch

Gerry Ritz Reminisces About His Time as Minister of Agriculture

It's been a mild January so far in Saskatchewan, where star of the Beef Market Update, Anne Wasko of the Gateway Livestock Exchange, is reporting from today. Wasko joins guest host Lyndsey Smith this week to discuss cattle prices in the U.S., Western Canada, cattle-on-feed numbers, Canadian kill prices, and more. Check out the full…