The Government of Saskatchewan and SaskCanola have released the 2020 Saskatchewan Clubroot Distribution Map, which outlines the rural municipalities where clubroot has been identified.

Since 2017, 75 commercial canola fields have been confirmed to have clubroot, which is an increase of 24 fields since last year’s update.

The number of fields with the clubroot pathogen detected where there were no visible symptoms has also seen an increase — up 18, for a total of 29 fields. These results are compiled annual via ministry surveys and reports/samples submitted to the ministry and SaskCanola by producers and agrologists. 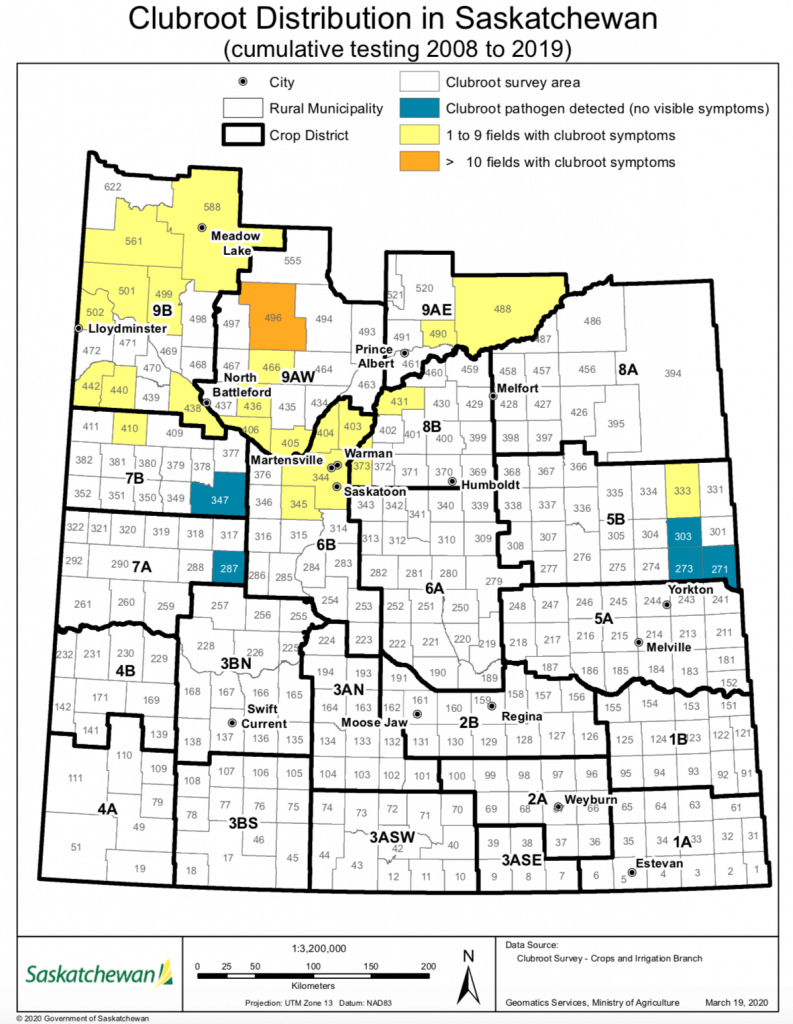 Last year, Saskatchewan Agricutlure and SaskCanola offered producers the opportunity to take home soil testing bags to fill and mail in for testing. Due to COVID-19, soil testing bags could not be picked up at in-person events across the province, as in previous years. However, producers and agrologists were still able to receive a free soil testing bag via the government’s website, or from a regional office.

Despite the challenges, over 966 fields were examined during the 2020 clubroot monitoring program.

Agriculture Minister David Marit says education and awareness of clubroot continue to be a priority to help growers and industry members prevent the further spread of the disease within Saskatchewan.

The goal of the tests is to detect the pathogen when spore levels are low to minimize potential impact on canola yields. A proactive and science-based clubroot management strategy should include the use of clubroot-resistant canola varieties in a minimum three-year rotation, and an extended crop rotation helps minimize yield losses while protecting the effectiveness of clubroot-resistant canola varieties, says SaskCanola.