One of Canada’s largest agriculture businesses has acquired one of the country’s largest trucking companies.

James Richardson & Sons, Limited has purchased 100 per cent of the outstanding shares of Bison Transport Inc. from Wescan Capital Inc., as of January 1, 2021.

Based at Winnipeg, Manitoba, Bison was founded in 1969 by Duncan Jessiman.

The company says it employs more than 3,700 people while operating a fleet of 2,100 trucks and 6,000 trailers across North America. Bison also owns several other trucking outfits, including H.O. Wolding, Searcy Trucking, and Britton Transport, providing a range of intermodal, dry van, refrigerated, and deck trucking services.

“We are excited about the opportunity to acquire Bison, which has an outstanding reputation for customer service, dependability, employee relations and safety built over the past 51 years,” says Hartley Richardson, president and CEO of James Richardson & Sons, in a news release.

“Bison and its employees have been like members of our family since my father established the company in 1969. So while we have mixed emotions, we are thrilled that we have found a buyer for Bison that shares our values of excellence and that cares for our employees and customers as much as we have over the past 51 years. I have no doubt whatsoever that Bison will continue to enjoy tremendous success in the future as part of the JRSL family,” says Peter Jessiman, president and CEO of Westcan Capital, the Jessiman family’s holding company.

Both Richardson and Wescan say the deal will not result in any changes to Bison’s operations, nor the Bison brand. The head office will be staying in Winnipeg. The company also operates six main hubs, in Winnipeg, Mississauga, Edmonton, Calgary, Regina and Langley.

“As I take a moment to reflect, I take great pride in what we have accomplished here as a team on behalf of the Jessiman family. Having said that, I think that takes a second seat to the renewed energy and excitement I have for our future as part of the James Richardson & Sons group of companies,” notes Bison president and CEO, Rob Penner. “I feel great that the business I have had a part in building has secured its future with such a great organization.”

Financial terms of the deal have not been made public. 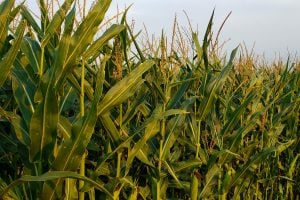 A current issue on a lot of people's minds are the commodity markets, and unbelievable old crop and futures canola prices are sure a surprise for many. But what exactly is a commodity super-cycle, what's behind it, and how long will it last? For this RealAg LIVE! session, Shaun Haney chats with Brett Stuart of…Read more »