Canadians generally like their steaks less well done than Americans, according to new survey results released by Abacus Data.

With grilling season around the corner, the polling firm Abacus Data, which is known for its political research, asked 1,500 Canadians how they like their steak in a survey conducted in late March.

The majority of respondents — 61 per cent — say they like their steak cooked to medium or less. Medium-rare is the most popular, at 31 per cent.

For comparison sake, 47 per cent of Americans prefer their steak cooked medium or less, according to a 2019 YouGov survey in the U.S.

On the other end of the spectrum, Abacus found 17 per cent of Canadians are willing to take the heat from friends and family for ordering or preparing a well-done steak, compared with 24 per cent of Americans. 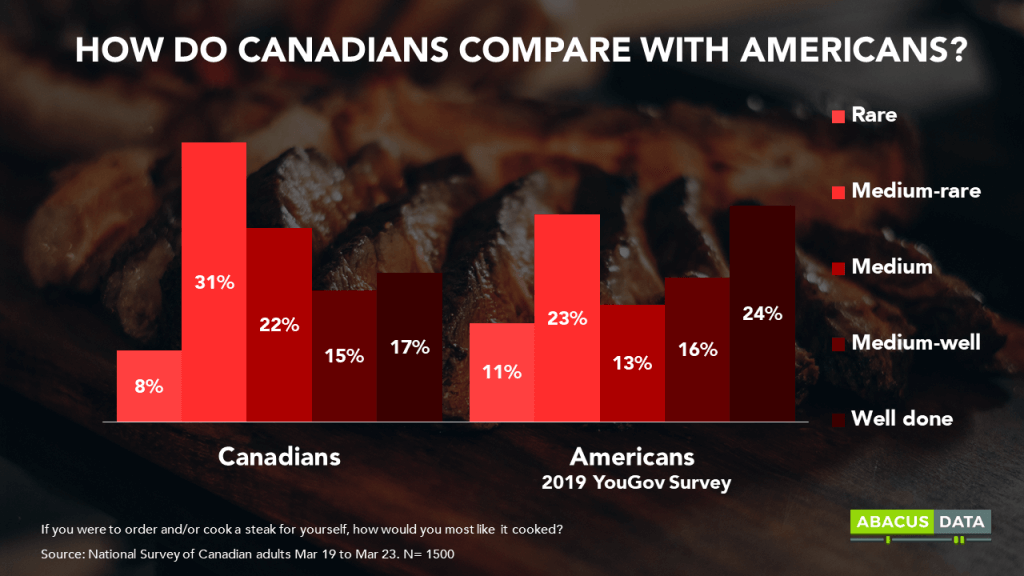 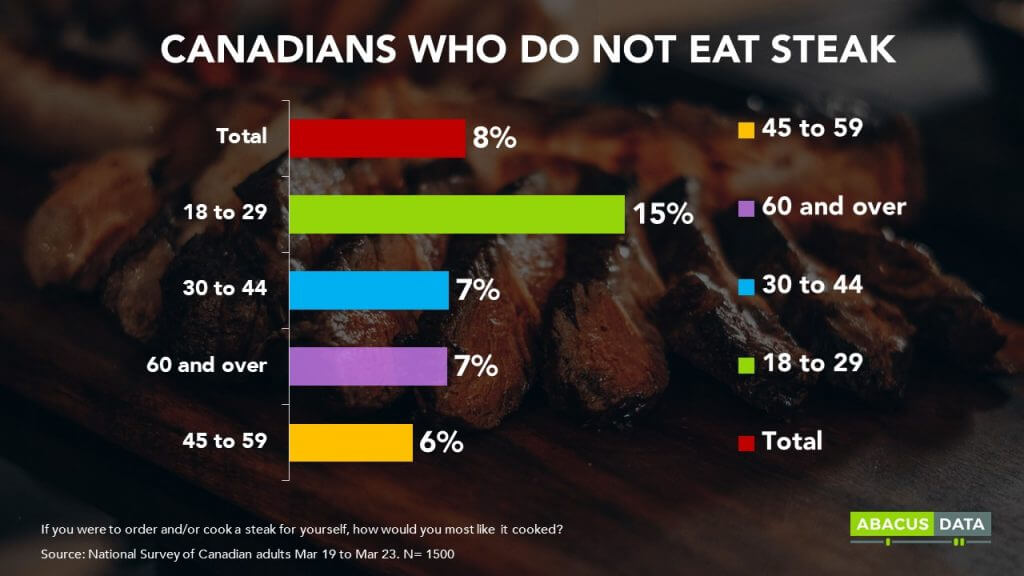 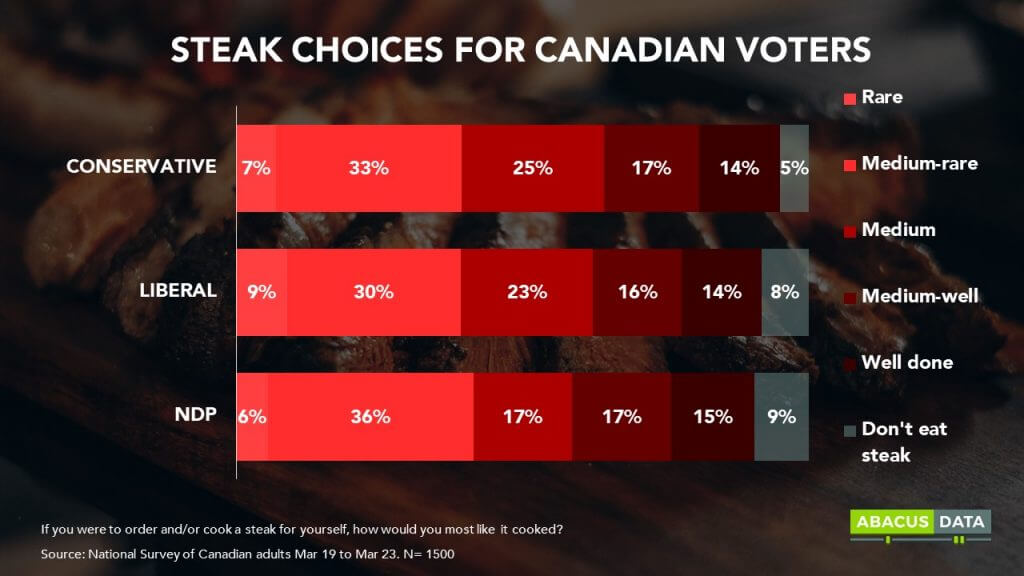 In other words, not only is it delicious, it appears steak unites Canadians across political lines.

Cheers to the upcoming barbecue season, however the steaks are prepared! (Editor’s note: except well-done, you monsters)

(You can find more from Abacus’ survey here.)