With about a year left before a provincial election, Premier Doug Ford is shuffling his cabinet to replace MPPs who have resigned, those that aren’t running again, and changing the roles of others.

Thompson is currently Minister of Government and Consumer Services, and has been an MPP since 2011. 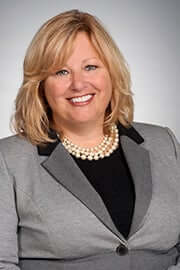 A long-time proponent of agriculture, Thompson was speculated to be a front-runner to be named to the agriculture file in 2018. Instead, it was Hardeman who has fulfilled the role as minister of OMAFRA since 2018.

Winnipeg Chosen as Home Base for Cereals Canada

Tolerance Levels for Ergot, Sclerotinia and Fusarium Changing for 2014

Reviewing the science of phosphorus for ‘P’ Week

What happens when you precision plant wheat? There's a growing body of evidence indicating that better seed singulation, metering and depth control has the potential to improve uniformity of emergence, growth and crop canopy. That precise approach can also add up to higher yield potential and more grain in the bin. But many growers have…