If you were to look back in the history books of builders of the modern feedyard in Canada, many would look for a write up on Cor Van Raay. 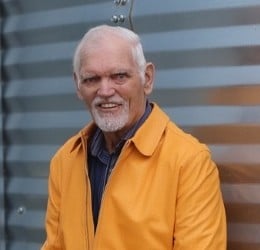 It’s unlikely anyone could have predicted the impact Van Raay has had on the industry and the people he has crossed paths with between the time he immigrated to Canada from Nijmegen, Holland, in 1959 to his recent death, in 2021. He was 85.

Starting in the 70s with the “Home Lot,” a feed mill, and growing sugar beets and potatoes, Van Raay built up his operation to the cattle feeding empire that included 100,000 head, and employed over 100 people. The business still operates today as Van Raay Paskal Farms at Iron Springs, Alberta.

Van Raay donated generously, monetarily and with his time, to the local YMCA, the University of Lethbridge, Lethbridge College, and St. Michael’s Health Centre.

Over the course of his life and career, Van Raay also received many honours including the Queen’s Diamond Jubilee Medal, induction into the Alberta Hall of Fame, a Picture Butte Citizen of the Year award, and an Honorary Doctorate of Law from the University of Lethbridge.

We are sad to hear of the passing of Cor Van Raay, and offer our deepest condolences to his partner Julie, family and friends.

Cor was a generous philanthropist supporting many charities, including the OWC.